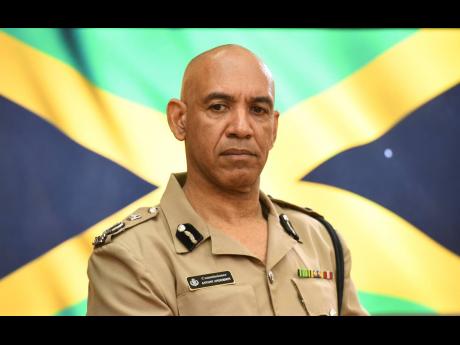 Noting the 99 reported incidents of mass shootings so far this year, Police Commissioner Major General Antony Anderson, said the safety of Jamaicans is under serious threat by criminals.

"Unlike the police who are constrained with the use of lethal force, when bystanders are around, these criminals couldn't care less who they kill ... or hurt. Our investigations have also revealed that in several of these incidents, there are multiple intended targets and some who seem to be innocent bystanders are actually associated with those targets," Anderson said during the police's monthly virtual press conference in St Andrew.

"We are saying if you are associated with, or related to gunmen, then you are at great risk of becoming victims to gun violence," warned Anderson. He said the shootings have resulted in the deaths of 218 people, of which 39 were recorded last month. "In September alone we have had 19 incidents of multiple murders, 18 double and a triple," he said.

However, Anderson vowed that the police will continue to push back against criminality. In recent weeks, a joint police-military operation entitled Operation Relentless II was launched in a bid to take on criminals in a more efficient manner. The Jamaica Constabulary Force said it has seized more than 20 illegal firearms within the first eight days of the multi-agency operation. Additionally, the operation has seen the arrest of 106 persons who are alleged to be involved in criminal activities including murders.

Anderson said that between January 1 and September 30, the police have recovered 584 illegal weapons, which represented an 11 per cent increase over the corresponding period in 2021.

"[The] gun has been the weapon of choice in 84 per cent of murders and 79 per cent of robberies committed for more than a decade," Anderson said.

According to the police, 1,171 persons have been killed between January 1 to October 1, 86 more when compared to the corresponding period last year.