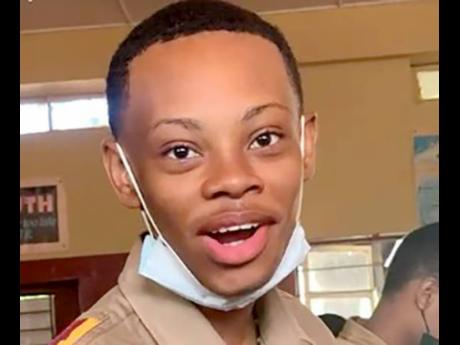 What was 15-year-old Raheem Shaw doing on the street at 3 a.m. while his parents were asleep, believing that he, too, was getting adequate rest for school only a few hours later?

The question carries an immense amount of agony for his family, who was left shell-shocked on Wednesday when the teen, mistaken for an intruder, was reportedly shot dead by his father at their home in Hellshire, Portmore, St Catherine.

The police's Corporate Communications Unit said that the father, after being alerted by his wife that someone had opened the front gate and grille, retrieved his licensed firearm and fired three rounds through the front door. Our news team learned that young Raheem was a few steps away from his front door when he was shot. Family members and neighbours were all devastated as they watched police personnel comb through the crime scene.

From all indications everyone's astonishment that Raheem was out late was justified. He was a fifth form 'A' student at Wolmer's Boys' School in Kingston. He was described by his uncle Andrew Shaw as obedient. Shaw, who is a member of the Jamaica Constabulary Force, told THE STAR that the news has completed rocked his family.

"Trauma itself is not something that I am not used to, given the nature of my job. But when it is so close to home, it is not something simple to deal with. My biggest concern is his mother and father because they are not in a good place," he said. "We don't know why he was out there, he is not a bad child. He is a good child. It is the three of them that grow together, him, my son and my niece, and they are all great kids. So he wasn't expected to be out at that time of the night," he added.

General psychiatrist Dr Winston Dela Haye has urged the public to be cautious in making conclusive statements regarding the matter.

"These are the kind of things that you really have to sit with the individual to go through and I am very sure that he [Raheem's father] will get that opportunity. It is an acute situation and he will need support, and the rest of the family members," he said. "It is important that all the members of the family, the neighbours and his classmates get the support through that mourning which will be taking place," he said.