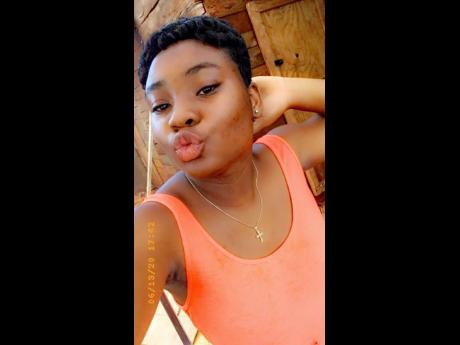 Housemates of Shanoya Brown, the St Catherine woman who died after drinking a quart of vodka -- taking 21 gulps -- to mark her 21st birthday, woke up last Friday morning and tossed flour on her as she laid in bed. It was their way of saying 'Happy Birthday, Shanoya'.

When Shanoya did not move, they splashed water on her. But yet again, there was no reaction.

The young woman had died in her sleep, having returned home from an event held in Old Works, Watermount, St Catherine, about midnight.

"We got up about 9 a.m., saying that we were going to flour her because that's a tradition in our house, so I went for the flour in the kitchen. We sprinkled the flour on her from her head straight down to her ankles but we realised that she wasn't moving or anything so we started to shake her. I went as far to get a bottle of water to wet her with it but still there was no response," one of Shanoya's housemates told THE STAR.

Still unresponsive, they decided to turn the usually full of life Shanoya -- who was lying face down -- on her back "to see if she was breathing". They were in for a shocker.

"There was a lot of mucus and a lot of vomit on her face. I put my hand under her nose and she wasn't breathing. We called her mother and told her that Shanoya is not responding, then we called 119," the shaken-up young woman related to THE STAR.

The conversation with the 119 dispatcher confirmed their worst fear. A mirror they were told to hold in front Shanoya's mouth and nose did not smear. She was not breathing.

Some eight hours earlier, Shanoya was doing the unthinkable -- downing 21 gulps of raw vodka ahead of her 21st birthday the next day. The housemate with whom THE STAR spoke said that she was awake when her cousin and the now deceased woman returned home. They are among four people who live in a three-bedroom dwelling. Shanoya, the only non-blood relative in the household, joined them in March after they became friends.

The last thing she expected was that Shanoya, who moved to Macca Tree six months ago, would not wake up.

According to the housemate, while Shanoya was always the life of the party, she has never seen her drunk, except "normal tipsy, where she would have a hangover the next morning".

"She is not an irresponsible person. In fact, she is the opposite of that, although she may be stubborn at times, she is the sweetest and kindest person you could have in your corner," the housemate said.

"She was just happy to be celebrating her birthday and wanted to take 21 shots to mark her age."