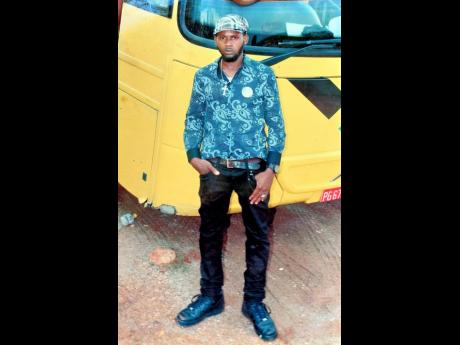 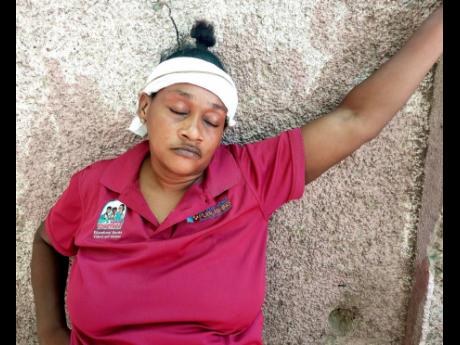 Between Sunday morning and Tuesday midnight, Ayoka Clarke said she was smiling from ear to ear because her son, Ricardo Tyrell, had promised to do something special for her birthday on September 23.

It wouldn't have been the first time that Clarke, 42, would receive a birthday gift from her children, but she said the manner in which her 26-year-old first-born spoke got her all excited.

However, in a cruel twist of fate, the Craig Town, St Andrew resident, will now have to plan a funeral for Tyrell, who was shot and killed as he exited his Slipe Pen Road bar on Tuesday night.

The grief-stricken mother cut a dejected figure on Wednesday when our news team arrived at her home. She said that his primary focus was on his 18-month-old daughter, Ricanna, his family, his daytime job as a bookstore clerk, and his bar.

"Mi no know weh fi say, honestly. Mi just feel like fi go inna one pool a water and don't come out back. Him a mi heartstring. Him nuh talk to people, and him full a manners, " the tearful mother said.

She described him as an excellent father, who was heavily involved in his child's life.

"Why my son? Why my son? A that mi cyah understand! My son is a peacemaker, him no inna nothing with nobody. Him is a family person, see him aunty deh, mi and har did inna some conflict wah day and him run mi out and tell mi say mi fi find a way fi live good with mi sister. A him that, always positive and a preach peace and love.

"Him daughter and him come like twins. Him grow her so well, she speak proper English. Everything is about she, him tell me say him ago give her everything she want in life," Clarke wailed.

Tyrell's sister, Shenel Hill, 22, disclosed that he had dreams of making it big in order to move his mother from out of the ghetto.

"A Friday a come a wi mother birthday and him have big plans for her, instead all of his plans, hopes and dreams gone. Mi bredda can go a foreign anytime but him say him nah go weh until him can better off him mother and daughter and him did a work pon it," she said.

The police's Corporate Communications Unit, CCU, stated that Tyrell was shot several times by gunmen who approached him on foot before opening fire. He was rushed to the hospital by a motorist where he was pronounced dead.