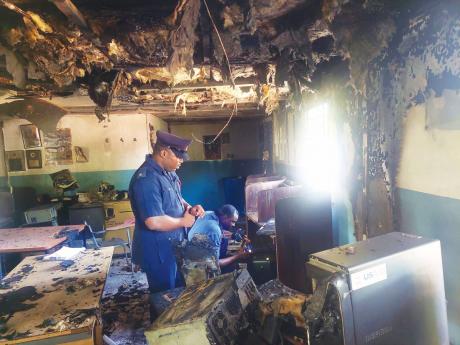 Firefighters look for clues as they seek to determine the cause of Monday’s fire at the Michael Black Business Resource Centre in Rose Town, St Andrew. 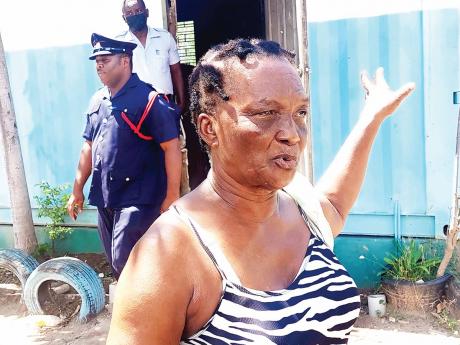 Caretaker for the complex, Hyacinth Harris. 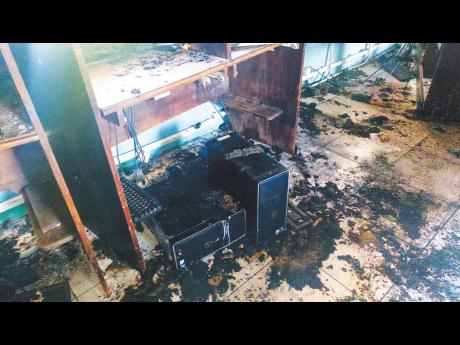 The Michael Black Resource Centre in Rose Town, St Andrew, was destroyed by fire on Monday.
1
2
3

The residents say that the centre has huge educational value, stating that with the commencement of the new academic year recently, the setback is a most untimely occurrence.

"The children come here to do their homework, to print documents and to use the Internet. A lot of parents don't have it like that to provide for their children, so the centre eased a lot of burdens," said Savanah Edwards, a resident of the area.

"Right now I am so sad because I am thinking about the fact that school just reopened and the children will soon need to do their homework in a quiet environment, which the centre provides. Sometimes we don't know the true value of something until it is no longer there -- not that the community don't recognise its worth. We are all sad and talking about what could possible went wrong," she added.

Caretaker for the complex, Hyacinth Harris, 62, said that she discovered smoke emanating from the centre on Monday around 11 a.m. during a routine check-up of the facilities.

"Same time mi start bawl out 'Fire! Fire! The centre deh pon fire!' but by that time it was too late because everything already gone," she recalled.

The cause of the fire has not yet been ascertained. More than a dozen computers and other equipment such as printers were destroyed in the fire.

"I feel so cut up right now because the facility is so important to the community. It's not only children who come here and use up the facilities, adults come and use the WiFi and to print documents whether for work or otherwise," Harris told THE STAR.

The centre has been described as a blessings to the community by Errol Jackson, the president of the Rose Town Benevolent Society. It was formed in 2014 as part of the Kingston Restoration Company (KRC) development project.

"This is simply a massive setback for people in Rose Town. The centre has been a revelation and its damage will no doubt have a negative impact as seen so far by the outpouring of sadness by the residents," said Jackson, who has been managing the centre since Black's death.