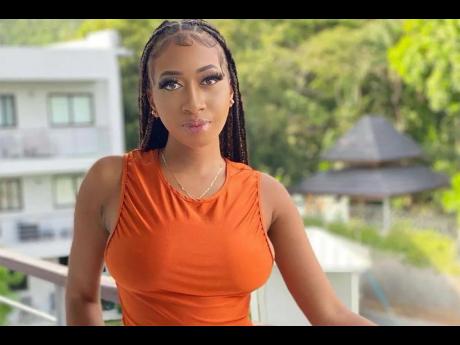 Constable Noel Maitland, the man accused of Donna-Lee Donaldson's murder, did not appear in the Kingston and St Andrew Parish Court on Thursday morning, despite reports that the case against him would be mentioned.

In fact, matter was not on the court's mention list and neither the accused man nor the court file was brought to the Half-Way Tree-based court.

"I don't know how the media got it to say the matter is to be brought today," the prosecutor informed Parish Judge Jacqueline Wilcott.

The prosecutor said that based on the information he has, the police intended to bring the matter before the court on Friday.

Maitland is the boyfriend of Donaldson, a popular social media personality who was last seen alive at his apartment at Chelsea Manor in New Kingston.

Donaldson was reported missing by her mother on July 13.  Although a body has not been found, the police believe that Donaldson, 24, was murdered.

Christopher Townsend, who represents Maitland, was present in the Kingston and St Andrew Parish Court on Thursday morning.

He told the court that he turned up because "it was widely rumoured" that his client was to be brought. He asked judge Wilcott that in the event the file was brought on Thursday afternoon, that the matter be postponed until Friday, August 12.

"The reason I am inviting the court's attention ma'am, is because I don't want the matter to be brought later on and we're not here. I just want the court to be aware that we were here so that the file is not brought in our absence," Townsend contended.

Judge Wilcott obliged and granted the adjournment until August 12.

Maitland remains in custody until then.