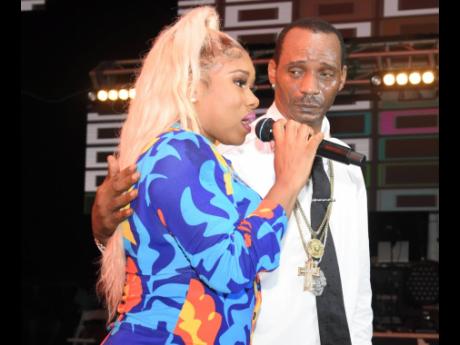 An emotional Sanchez (right) is embraced by Khadine ‘Miss Kitty’ Hylton on stage after his performance at the 2022 Jamaica Rum Festival. 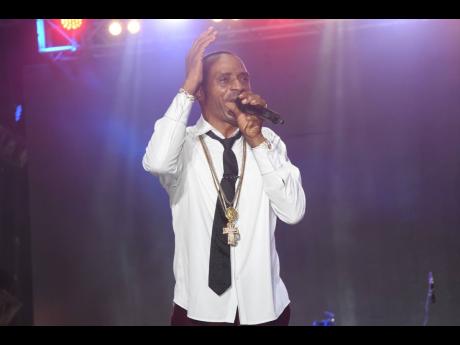 Sanchez, whose powerful performance touched patrons, shed tears as he sang ‘Amazing Grace’ and brought his set to a close.
1
2

In April, Sanchez was forced to come to terms with the loss of his mother, Bridget Ivey, who succumbed to cervical cancer. The reggae singer's mother was laid to rest in Canada.

"It's been a journey," he said, adding that "love and prayers alone have kept us going...we need those, we need love," Sanchez told THE STAR, following his performance at the fourth staging of the Jamaica Rum Festival in Rose Hall, Montego Bay, last Saturday.

Tears fell from the eyes of host Miss Kitty as well as festival goers when Sanchez, whose given name is Kevin Jackson, got emotional during his set. Overwhelmed with grief, Sanchez, who has throughout his reggae recording career distinguished himself in the gospel arena, could not fight the urge to cry as he performed songs like Amazing Grace.

It has been three years since Sanchez performed in front of an audience live, he said, since the six-city tour with Beres Hammond in London in 2019.

Sanchez shared that he missed his mother but that "simple, everyday lessons" that Ivey taught about upholding morals and "not to lie, not to steal or cheat" for some reason keep playing in his mind.

"I try to live those lessons all the time, it simple but valuable to me and I tell my children," he said.

His wife of more than three decades, Monica, concurred. She said, "When I see Kevin perform, or in his element, it is comforting. I kept saying 'Thank you Lord, thank you, thank you' as I watched him on the stage."

A prayer warrior, Monica shared that prior to her husband appearance on stage, she asked God to give him strength.

"We both pray constantly together. It is important to ask him for strength and when I did, God delivered and him really shine through," she said.

"This is how we grieve, grieve together," Monica continued.

Sanchez is expected to perform at Grand Gala in August and will also travel to Trinidad for another live showcase.

EDITOR'S NOTE: Sanchez is mourning the loss of his mother Bridget Ivey, to whom Amazing Grace is dedicated.