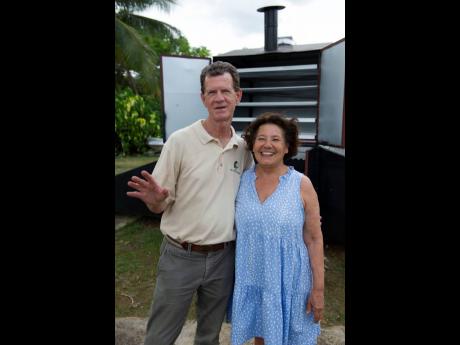 Mike McLaughlin and his wife, Mary. 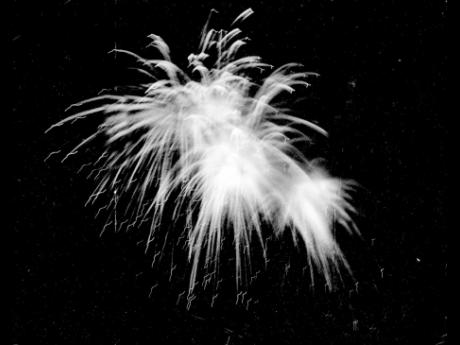 Firworks illuminate the midnight sky as a new nation was born. 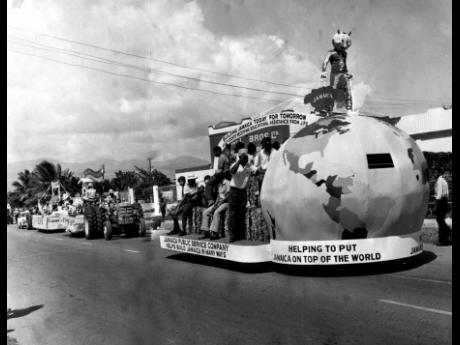 Participants in the Independence Float Parade make their way along the route.
1
2
3

For many Jamaicans, the happenings of August 6, 1962, are just a tale, one that talks about the Union Jack being lowered for the final time and the Jamaican flag having its inaugural hoisting. As the black, green and gold were raised, so were the hopes and aspirations of the fledgling independent nation.

But for 72-year-old Mike McLaughlin, that day is not just something he read in a newspaper or history book; he was present in the National Stadium on that historic day.

"I remember it vividly, as many years ago as it was," he said, recalling the fanfare that he witnessed. "The marching police band was amazingly impressive, precision marching. The fireworks display was amazing. I can remember that very well, with the Jamaican flag in colours and the sounds of the fireworks going off the roof of the stadium. And I kept thinking at the time, 'I hope that roof stays up there.'"

Just 12 at the time, McLaughlin had no idea of the immense privilege he had to be present. Also in the stadium was then Prime Minister and now National Hero Sir Alexander Bustamante, and the representative of Queen Elizabeth II, Princess Margaret, the Countess of Snowdon. Though only barely interested, McLaughlin says his father was clearly in the independence mood, discussing with his friends what this Independence would mean economically.

"As a child, I overheard my father talking with his friends and somewhat disparaging the British, who were the colonial power who they thought were taking advantage of Jamaica's agriculture and mineral products," he said. "After Independence, they all found out that Britain had been paying a subsidised price, and when our Jamaica goods went on the world market, they fetched a lower price after Independence than before; so that was quite a surprise."

As officials from more Commonwealth countries have expressed an interest in their nations becoming a democracy, McLaughlin says that Jamaica moving away from the monarchy is a natural next step.

"I think that's fine. I think the monarchy served us well for a long time. Times have changed, and so you don't really need that figurehead the same way that we did before. That figurehead was actually good to unify the country, the UK (United Kingdom), unify the Commonwealth. That was one way of keeping relationships in place. But now we have more sophisticated tools. We have better technology, we have embassies," he said.

McLaughlin moved away from his island home in his teens, but the Kingston native has only good things to say about his fellow countrymen.

"I would say though [that] the spirit of the people of Jamaica is back, it's good, it's cheerful, it's friendly. The taxi drivers are a little bit crazy on the road, okay, so stay out of their way. But people here are friendly, they're hard-working, they're honest you know. We love the people of Jamaica," he said.

Regardless of the fact that, barring a miracle, he will not witness the next 60 years of Jamaica, McLaughlin said he has high hopes for his homeland.

"I would like to see, of course, more development, more infrastructure. The roads are kinda bad, so we need to take care of the roads, so that businesses can thrive. We want to see more of Jamaica feeding itself, less dependent on outside imported foods," he said.