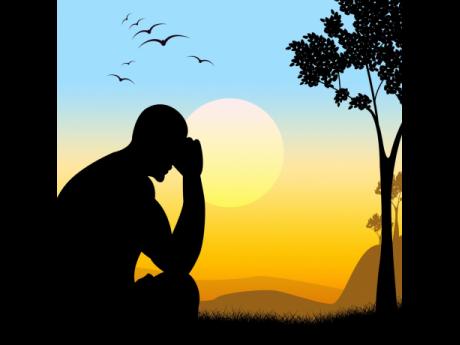 After the death of his babymother two years ago, 42-year-old Kingston resident Mark* says he is now ready to find love again.

He told THE WEEKEND STAR that he was in a relationship with the mother of his son for eight years, until she passed away. Since then, he says he has been just trying to cope.

"No one really gets over losing someone that they never gonna see again, especially someone that's close to you," he said, with his voice trailing off.

Remembering her as someone who was kind, caring and hard-working, Mark says the undeniable chemistry between them is what made her his dream girl.

"Mi and her just get along good. We work together, we do everything together. So it was just a good connection between me and her; is that I fall in love with," he said. He told THE WEEKEND STAR that even though he is not fully over her, as the details of her death are still too painful for him to even disclose, he has to move on.

"I don't mean move on to forget about her, enuh, but just remember her as the person she was and keep her memories alive. But mi cyah live mi life so. Mi still have to find someone to move on with and find someone to be a mother figure to my son," he said. Now back in the dating world, Mark says he is seeking someone who he can share with and who his son can look up to.

"I can offer security, know that she'll be taken care of [and get] love and respect as a woman. I'm not into the whole heap a the 'fast going' thing, whole heap a make-up, tattoo, bleach out and all of those stuff. I'm not too into those type a people. I'm just a simple person. Simple, natural person," he said.

According to counsellor Reverend Devon Dick, the grief process is different for everyone.

"Normally, we are saying that the grief process, after a year, you should have so processed it so you can move on. If it lasts much longer after a year, it can be seen as chronic grief, where you would need some specialist help," he said. Though unable to give a success rate or an average number of people seeking his services, Dick says it can be a challenge and is dependent on what the grieving person is looking for.

He said: "Moving on can be a challenge if the person is trying to replace the dead one, rather than accepting that this person has different skill sets [and] personality, because no two persons are exactly alike. You'd have to be willing to [move on]. That is a part of the 'move on' process, to accept the other person for who they are with their own gifts, with their own personality, with their own style of expressing love. Otherwise, this is just trying to replace a dead person, which will cause conflict."