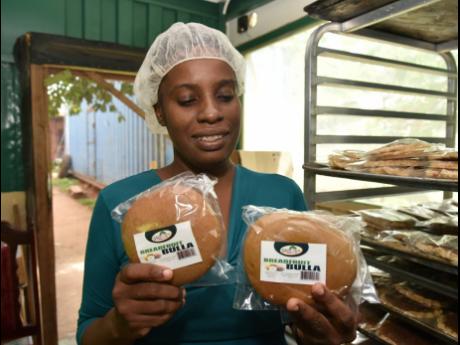 Karlene Johnson shows off her breadfruit bullla at her Something Country establishment in St Catherine on Thursday. 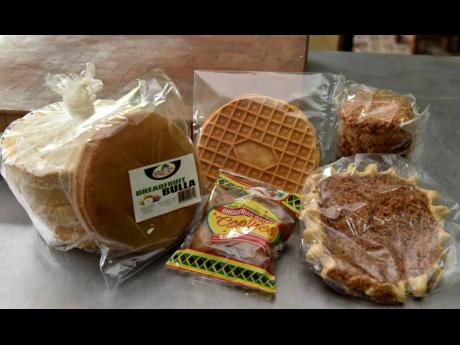 Something Country specialises in bulla, bammy, cookies, pizzelle and gizzada made from cassava and breadfruit flour. 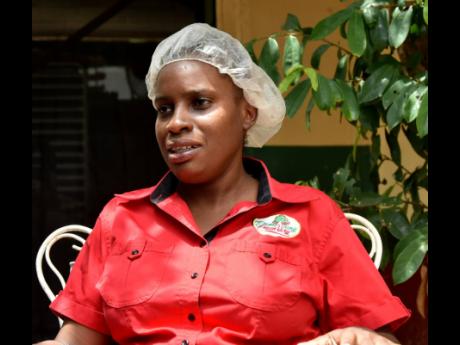 While some may hold steadfast to the belief that breadfruit makes you a coward, 39-year-old Karlene Johnson is debunking that myth by leaving her comfortable teaching job to make breadfruit-based pastries.

Johnson told THE WEEKEND STAR that it has been one year since she decided to leave her 16-year-long career as a literature teacher and challenge herself to start her company, Something Country, that specialises in bulla, bammy, cookies, pizzelle and gizzada made from cassava and breadfruit flour.

"Something Country is the fruit of a thought that came about while in the classroom," Johnson said. "Wanting to see how best I could do something nutritious for our students and seeing how we could have them being nourished while learning."

Johnson said that although her students never suffered from a lack of food, she felt the nutritional value of the food available to them was too low, and she hoped to correct that.

"Though we have a lot of food, the nutrient density of the food is very low and then that impacts how learning takes place."

The St Catherine resident says her fascination with edible innovations came from her mother.

"My mother was a baker at the domestic level, she would bake wedding cakes and my brother and I would help, so we were always dabbling with food.

"I realised growing up what do we do with all this food going to waste. So we have the mangoes in abundance under the trees wasting. So I would head to the kitchen and I would make nectars and at that time maybe from 9, 10, 11, I was always dabbling.

"My interest was never yam and banana to boil them with any saltfish, it was always to go in there and come out with something that has longevity," she said.

Ironically, all the treats Johnson made would last no time at all as her friends and family would grab them up as fast as she'd make them. Her answer to that was to make more with Something Country.

Though holding on to the traditions that have been built over the last 60 years of independence and well before that, Johnson says boring has never been her style.

"Jamaicans are a little averse to trying anything new. So they said breadfruit flour? That cyah taste good. That's one of the reactions. Them say but breadfruit make you coward, mi nuh eat breadfruit. And I was surprised to see how many persons had that, and if you checked it out you'd see many of these things come from colonial heritage," she said.

Her creations, the breadfruit bulla, came as a result of her partnership with Trees That Feed, a non-profit organisation aimed at ending food poverty.