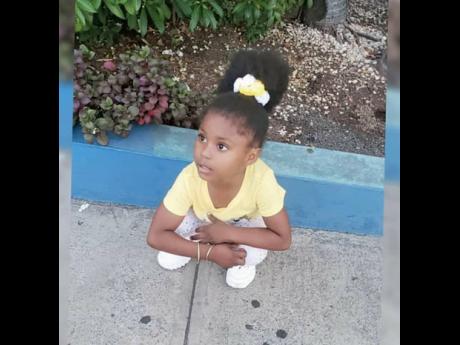 Sharon Saunders, Jamaica's ambassador in Mexico, says she and the relevant authorities are still trying to ascertain the whereabouts of five-year-old Malaisha 'Million' Miller who got separated from her mother Teresa Wilson while crossing the US-Mexico border illegally on June 5.

Speaking with THE WEEKEND STAR, Saunders said she made phone contact with Wilson yesterday but was tight-lipped about the details of their conversation .

"I am going to speak to the consul in the section of US where she is close to and make her aware of the communication and also to check if Wilson needs assistance. Since the mother is unaware of where the child is, we are still pursuing it in Mexico," Saunders said. She added that their main focus now is to locate the youngster.

"We have formally written and called the authorities. We have called the Ministry of Foreign Affairs here [in Mexico], the legal department who referred us to an immigration department. Both the US and Mexico are trying to locate the child," she said.

Wilson reportedly left the island on May 25 with Malaisha and her eight-month-old baby and headed to Panama. The trio then travelled to Mexico where she hoped to cross over to the US along with her children using the dangerous and illegal route. Little Malaisha, however, got separated from her mother and sibling. Wilson,who was picked up by US border patrol, was placed into a detention in Arizona and released on Wednesday.

Jamaica's Consul General to Miami, Oliver Mair, on Wednesday said the child was back with her mother after speaking with representatives from the US Immigration and Customs Enforcement agency. But it appears Malaisha had been confused with Wilson's other daughter.

Lorna Pryce, Miller's mother, told the news team earlier this week that her daughter opted to choose the illegal route to enter the US to provide a better life for herself and her children and also to escape violence in Jamaica. Pryce said Miller had escaped gunmen's bullets some time ago.