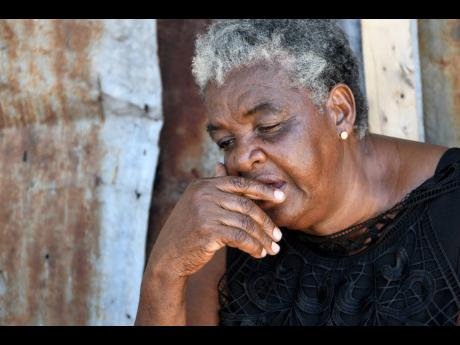 Lorna Pryce is worried for her missing granddaughter who got lost somewhere between US and Mexico. 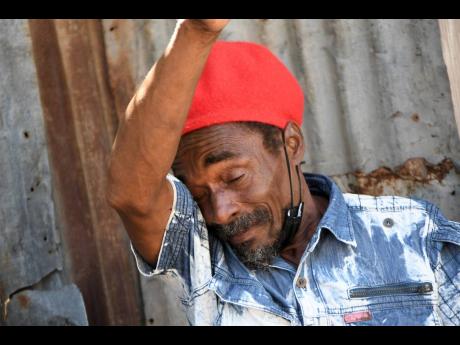 Lensburt Wilson is in tears as he wonders what has become of his granddaughter Malaysia, known affectionately as ‘Million’.
1
2

After losing two of her brothers to gun violence and narrowly escaping the same fate, Teresa 'Stushy' Wilson, 30, decided to flee Jamaica with her two children.

On May 25, Wilson left Jamaica with her five-year-old daughter Malaysia 'Million' Miller and her eight-month-old baby. They journeyed to Panama then to the Mexico, where she hoped to cross over into the US. According to relatives, Wilson and her children reached the US/Mexico border on June 5 but Malaysia got separated from her mother and sibling.

Wilson's mother Lorna Pryce wore a worrisome expression when the news team visited her yesterday. News that Malaysia had drowned have been circulating on social media but the family has dispelled the rumours. Pryce, however, stated that she has not heard from her daughter since Sunday when she was at a detention centre in the US state of Arizona.

"On Sunday mi inna mi sleep and wake up and mi mind just tell mi to call Stushy and when mi call, mi never get har. But she call mi back and she say 'Mommy, mi can't find Million, enuh'. The person who suppose to receive them call us and tell us that no children who came with the group nuh drown or dead so we really don't know what's going on. I don't know if when she run in, Million get mix up with the other batch because yuh know when dem run in, police pick dem up," she said.

The government of Mexico has toughened its immigration processes in permitting landing to Jamaicans because of growing concerns for the Caribbean nationals' illegal and dangerous "human smuggling" passage to the US. In 2020, 4,467 Jamaicans flew to Mexico. In 2021, that figure grew to 7,509. However, the first three months of 2022 saw 2,929, with a projection of 12,000 by year end. Pryce said her daughter opted to choose the illegal route to enter the US not only to provide a better life for herself and children but also out of fear.

"There was a lot of danger and problems. A lot of things happen. Mi have two sons who were killed. Dem [gunmen] tek set on we family a lot and dem fire shot offa Stushy so she fearful for her life and she wasn't going to leave her baby. She is a very ambitious girl whe ever a try, she just want a good life for her and her children," Pryce said.

Wilson's father, Lensburt, Wilson was also a picture of grief. Tears streamed down his face as he explained how worried he is about his daughter and granddaughter. Like Pryce, he stated that his daughter only wanted a better life and he is praying earnestly that his granddaughter will be found safe and sound.

"My two grandchildren dem nuh sleep with nobody else a night time unless a me. Mi miss dem and mi really worried but mi can't blame Stushy from leaving because her life was in danger," he said.

Speaking at a Jamaica Constabulary Force digital press conference yesterday, Deputy Commissioner of Police Fitz Bailey said the police are aware that Jamaicans are travelling through Mexico in an attempt to reach the US as part of a human smuggling scheme.