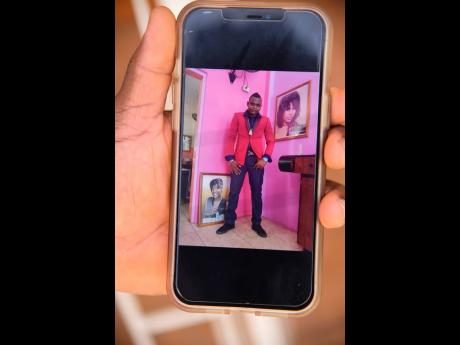 A photo of Aubrey Myers who was killed late Saturday night. 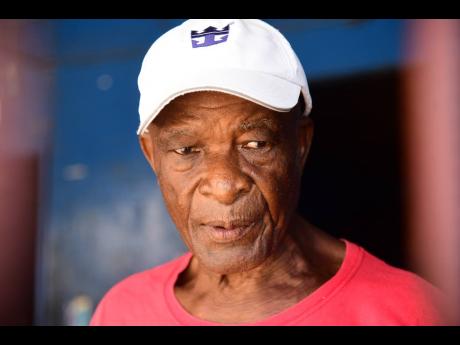 Trevor Myers said that his son was not a wrongdoer. 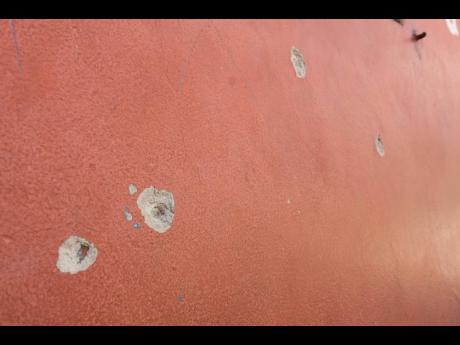 Bullet holes tell the tale of the deadly shooting.
1
2
3

After going to bed sometime after 11 p.m. on Saturday, Trevor Myers was restless for the entire night before finally leaving his bed minutes to 4 a.m., unable to sleep.

About an hour later, he heard terrible news that his family had been trying to keep from him: his son, Aubrey 'Dangles' Myers, 46, had been murdered on Windward Way, Kingston 2, about an hour before the elder went to bed.

"Mi children dem never waan wake mi up fi tell mi, suh mi never hear say mi son dead until this morning (Sunday). But the entire night mi tormented, mi just couldn't sleep at all. Mi daughter call mi after five and tell mi say Aubrey dead, and it mash mi up," the elderly man said. Two other men were also shot and injured in the attack. According to police reports, about 10 p.m., all three victims were on the roadway playing cards when a motorcycle drove up with two men aboard. It is alleged that the pillion disembarked and opened gunfire at the men before escaping with the accomplice. The police were summoned and the three victims were taken to hospital where Myers was pronounced dead and the other two admitted in stable condition.

Yesterday, several bullet holes were observed in a wall where the horrific incident took place. Myers, a father of three, was killed just footsteps away from the barbershop where he worked. His father said it was not unusual for him to enjoy a game of dominoes or cards after completing his daily work. He stated that his son was not a wrongdoer, so his murder comes as a shock.

"If mi did out there, I would tell him to go home because it a get late. It mash mi up, man; a bare rum mi a drink from morning. A mi first child of eight, and mi and him have a very good relationship. Him nuh trouble people, him very jovial. Him was a very good bwoy," he said.

The atmosphere was quite sombre on Lacruise Road in Rockfort, Kingston, where the late barber lived with his family. Anthony, his younger brother, told THE STAR that when he got the news that his only sibling had been killed, he did not believe.

"I thought it was a mistake because he is no wrongdoer, so that is not a call that myself or anyone would expect to hear. He was a people person and was very hard-working. We were very close, as he is my only sibling. My mother had two of us and then she died, and now him," he said.

The police are appealing to anyone with information on the incident to contact the Elletson Road Criminal Investigation Branch at 876-928-4200, Crime Stop at 311, or the police 119 emergency number.