Jamaicans have sweet craving for lychee 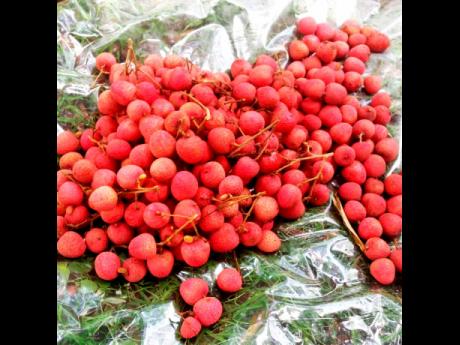 Lychees from the farm of Ronald Lyn in Manchester. 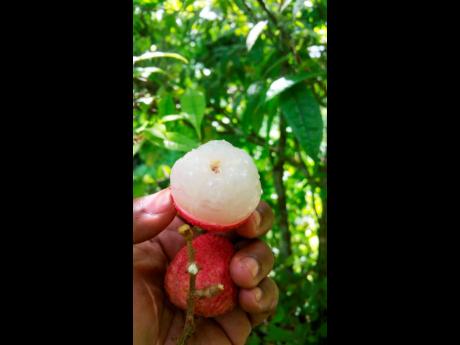 Lyn shows off some of his lychees. 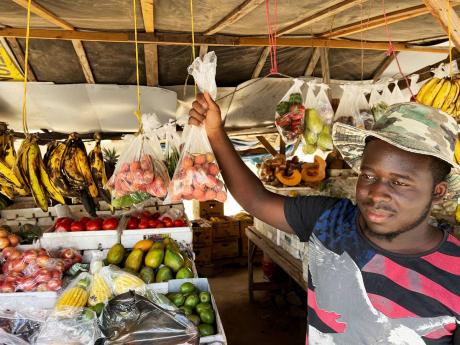 Jovaughnie, a fruit vendor along East Kings House Road, holds up a bag of the coveted fruit. A pound of lychees ranges from $1000 to $1500 in the Corporate Area.
1
2
3

Everywhere one looks, it is clear that Jamaica is in lychee season, but for some reason the fruit has become a must-have for summer.

According to vendors in the Corporate Area, past scarcity has driven up demand and simultaneously, the price. Shawn, a veteran fruit vendor on East Kings House Road in St Andrew, told THE STAR that the scarcity of the fruit has definitely played a role in the demand among his customers.

"It's the thing for the season cause it doesn't come around all the time. Is like every three year or every other year it bear so that 's why it so scarce so that's why people a come," Shawn said. "The scarcity a drive up demand and it drive up the price. You have some years where it bear a lot, and it seem to bear a lot this year, so you going to find that it drive up the price a little."

Lychee farmer in Manchester, Ronald Lyn, agreed with Shawn's theory saying: "It's a funny situation. It's in higher demand because there's more of it. In other words, I sell every year but not every year I can even call a majority of my customers because I don't have enough to supply the demand. There's a lot around now and as we a Jamaica say, everybody skin catch a fire."

"My opinion is of the hundreds of trees around Mandeville that I'm aware of, and these are the ones you can see, I'm not talking about the ones that are hidden and there are easily 300 trees you can see, at any one time if you have eight to 10 per cent of them bearing, that's a pretty good year," he said. "My opinion is this year it's still the eight to 10 per cent. However, of that eight to 10 per cent, some of the trees are ridiculously loaded with huge crop. The trees have multiple hundreds of pounds while in years gone by we would have a 50 or a 100 at best."

Known for its sweet taste, Lyn says with lychee, there is no straightforward method to production, so both farmers and consumers must capitalise on what they have when they get it.

"For normal things it doesn't really make any sense but it's not a normal thing," Lyn said laughing. "I can't remember the last time there has been so much lychee on the road. So it's hard to say that it's the first time people so crazy about it because they almost never have this much on the road for the average person to see."

Lyn said that lychee is one of the most "finicky, frustrating fruits in the world" and that is why it carries a high price.

"It needs cool winters and it still needs warm summers so it limits the areas where it can be produced. In Jamaica, anywhere below 1,200 to 1,500 feet, the trees will grow. But it won't bear because it doesn't get cool enough in the September, January, so it's very finicky," he said.