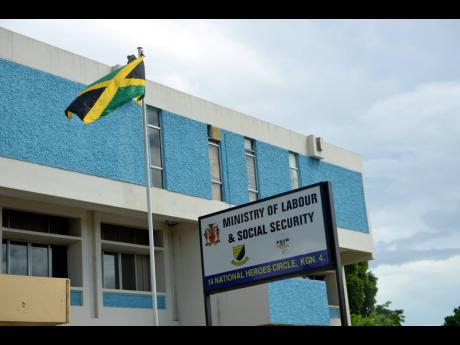 Ministry of Labour and Social Security

A former employee of the Ministry of Labour and Social Security (MLSS) has been accused of using her position to steal more than $800,000 from a programme that is aimed at assisting people in need.

The accused woman, Alvira Campbell, has been charged with larceny as a servant and money laundering. She was brought before the Kingston and St Andrew Parish Court on Thursday to answer to the charges.

Campbell, 35, who was a clerical officer in the ministry's Public Assistance Division, pleaded not guilty to the charges.

The Public Assistance Division provides assistance to the most needy Jamaicans through the Rehabilitation Programme or through the Programme of Advancement Through Health and Education.

It is alleged that in 2018, an audit was conducted at the MLSS, which highlighted several irregularities in the Public Assistance Division. A report was made to the Major Organised Crime and Anti-Corruption Agency that conducted a probe that later saw her being charged.

The court heard that between January, 2014, and November, 2017, Campbell used her position as a clerical officer to illegally obtain $807,500 through the programme.

The woman, who is represented by attorney-at-law C.J. Mitchell, has been booked to return to court on February 3.