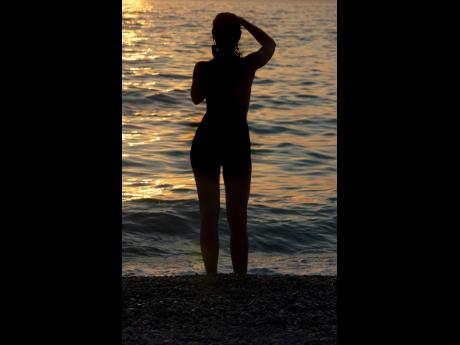 In 2015, Kingston resident Mary* thought she was going to die when she was caught in the middle of a crossfire between rival gunmen.

"Mi deh pon di corner wid mi sister and some other people. Mi deh pon mi phone a do something and same time one likkle boy shout out say, 'Dem a come, dem a come!' Then mi only hear 'boi, boi, boi',... dem run after wi come up di road and fire more shot. One of the time mi affi run weh go country due to how mi fraid more while," she said.

Mary told THE WEEKEND STAR that she suffers from frequent panic attacks whenever there is a flare-up of gun violence.

"A fuss mi a experience something like that. Even now loud sounds affect mi, and a it mek mi affi leave go country because one a mi uncle dem have a workshop inna di yard weh mi did a stay. Anytime mi hear knocking mi mind flashback pon 2015. Yuh see mi deh yah so now, no bother feel say mi feel safe cause me a look out fi any and everything."

Jamaica has been battling a deadly crime epidemic for several years. The country has one of the highest rates of murders in the world. In 2020, there were approximately 46.5 homicides per 100,000 inhabitants. Police statistics show that 28,928 persons have been murdered on the island between 2000 and 2021.

Another 111 persons have been murdered in the first 22 days of 2022. The police statistics show that there were another 67 cases of shootings in which 66 persons were injured during the period.

The statistics, however, do not take into account the impact of gun violence on persons like Mary, who was neither shot nor injured but has been severely scarred by the near-death experience.

Christopher Charles, a professor of political and social psychology at The University of the West Indies, Mona, said that persons like her often suffer from post-traumatic stress disorder.

"They tend to have flashbacks and so when they experience similar in their environment that reminds them of the trauma, sometimes they experience emotional distress," he said.

Charles opined that violence will continue to plague our society until mental health is properly addressed.

"Think about the people now in their 40s and 50s, and 60s, who were in Jamaica and who went through the traumatic period of 1980, the election campaign from February 2 to October 30, the violence and mayhem. That generation, which is my generation, just think about how that would have impacted them. That generation has raised children. We still have the violence. Our people really need help to address these issues. The high homicide rates over the years have left families traumatised. Are they getting help? No!" he said.

Deputy Superintendent Linval Phoenix, who is in charge of operations in the Central Kingston Police Division, said that social and psychological issues are major contributing factors to crime in his area.

"What we recognised is that, over the years, the reprisals and counter reprisals have left a lot of hurt within the community. So, people are unwilling to let bygones be bygones and as a result, the cycle continues. Our aim is to try and bridge that as best as we can, by utilising external help if we have to do that," he said.