Hero cop had to overcome suspension and being shot 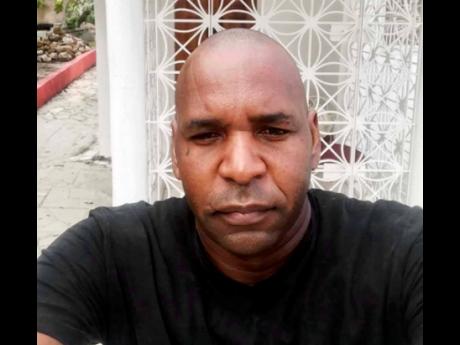 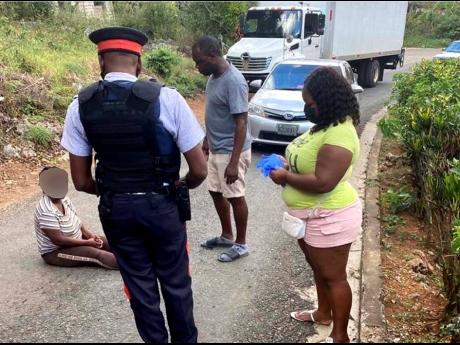 A Manchester cop, who is also a trained nurse, has been lauded for assisting a mentally ill woman who blocked the Somerset main road in the parish recently.

Constable Dean Palmer, according to the Jamaica Constabulary Force (JCF) which posted the incident on its social media pages, was instrumental in keeping the woman calm and assisted her in getting medical attention. His actions prompted numerous positive comments as persons commended him for a job well done.

He told THE WEEKEND STAR that he was suspended in 2013 after allegations that he breached the Corruption Prevention Act by collecting money from someone who was given bail based on the condition that he report to the police station daily. However, five years later, he was exonerated by the court and reinstated to the force.

Still, Palmer refused to give up his studies after returning to the force and worked as a police officer at nights in Manchester before travelling to Brown's Town, St Ann, to study nursing at the Sigma College of Nursing and Applied Sciences.

"I refused to give up nursing because for one I like to finish what I start and the main reason is because it was an opportunity that I got at my lowest point and I wanted to see it through," Palmer said. He also worked two jobs, as a farmer and a security consultant for the nursing school, to pay his way through his studies.

But even his nursing studies were hampered by more adversity as he was shot three times.

"Getting shot while being on suspension made it rough mentally," Palmer said. He was shot by gunmen when he was working as a part-time security officer. Two of the shots hit him in his stomach and the other in his back, resulting in him having to do two surgeries over a two-year period. He says the experience was an eye opener and strengthened his faith.

"I got shot pretty badly but personally it gave me a deeper appreciation of who God is because my initial condition had everybody thinking I was going to die and only God allowed me to survive. It also brought out inner growth and strength within me which I didn't know I had. So even though I was shot and injured I never really gave up and that's what helped me to persevere with the whole nursing programme too," Palmer said. He said that he loves policing and nursing equally because they both allow him to serve his country.

"I love and enjoy them both because both are serving professions at different levels. There are similarities in both, but there is an equal love for both because in terms of the longevity of being in the force I developed a love for police work. And, with nursing now being a patient of the medical system nursing is now a passion for me because I've been on both sides of the fence," said Palmer who graduated from nursing school last year.