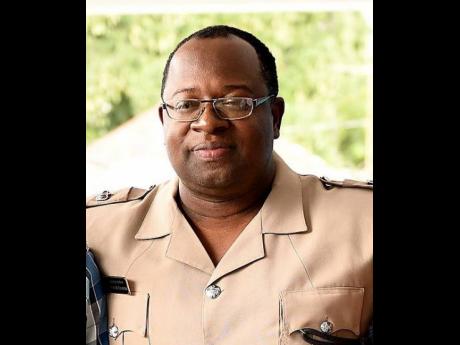 Head of the St Catherine North Police, Superintendent Howard Chambers, said that building a trust among the citizenry and the police has proved vital in lowering the incidence of violent crimes in the division.

Since January, the area has recorded 95 murders, which is a 22 per cent less than the corresponding period of last year. Shootings have been reduced by 33.6 per cent when compared to last year's numbers. Chambers said that the use of technology and building a better relationship with citizens have assisted in bringing down the numbers.

"Our community engagement has been the main drive behind our success. We have set out to build confidence and trust. Even as we speak, I am doing a walk-through in the Ewarton area to find out what are their main issues. We also have activated youth clubs and each police station has been tasked to activate a youth club. We have been having every two weeks a family empowerment session, although it is virtual, it cuts right across the division and we discuss all the pertinent issues affecting the family and from this we get experts in the different areas of concerns to provide counselling where necessary," the senior cop said.

The experienced crime fighter said that despite the positive figures, gang conflicts among a raft of other criminal activities continue to be areas of concern for his men who, he say, will be ramping up their efforts for the remainder of the year and into 2022.

"The major driver of criminal activities is the gang conflict, competition for turf, and extortion and racketeering. It would be remiss of me, as a commander, not to pay attention to any type of gang situation within the division. But we have been pretty much leveraging and pushing back these activities with the use of technology and the quick response team that we have in the spaces," he said.

As of December 11, Jamaica is experiencing a 10 per cent increase in murders when compared with the corresponding period last year.