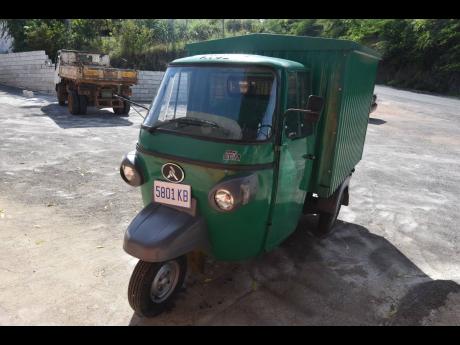 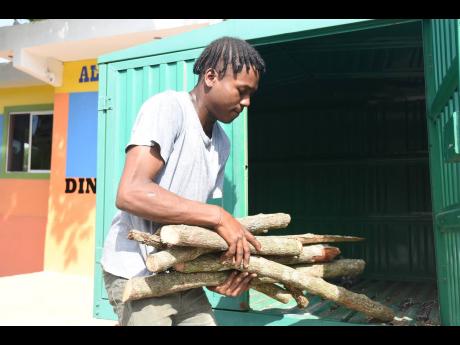 McKenzie loads Putt Putt with wood as he gets ready to make a delivery. 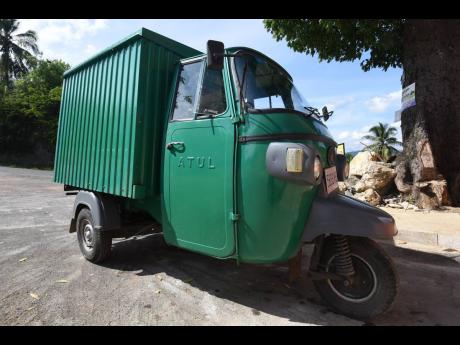 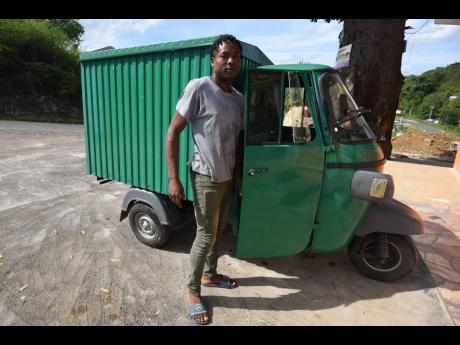 Putt Putt’s driver Omar McKenzie, admitted that despite its light weight, the vehicle can be tricky to drive if you’re not familiar with it.
1
2
3
4

Over the past eight months, 'Putt Putt', a three-wheeled cargo truck used to deliver food and other items from Cotton Tree Shop to customers, has been one of the most talked-about topics in Balaclava, St Elizabeth.

Putt Putt is made by Atul, a popular three-wheel vehicle manufacturer in Asia. The craze around the cargo truck, which owner Venroy Nairne bought from China in 2019, has resulted in an increase in earnings at the shop, according to one of Cotton Tree Shop's receptionists, Ashadeen Welsh.

"People love the idea of it ... it's turning heads everywhere in Balaclava. We have seen an increase in sales because of the craze surrounding it," said the 23-year-old who lives in the community and has been working at the establishment for the past three years.

Nairne said the idea of investing in the cargo truck came out of a need to cut down on certain operational expenses. He felt that was possible with 'Putt Putt'. He said he is also surprised by the instant success which the three-wheeled vehicle has brought so far, and is looking into the possibility of bringing more.

"When I saw it on television, I thought it will help to reduce cost for movement because it uses a gallon per 50 miles. It also helps to cut cost on delivery and pick up because we cook on wood fire at Cotton Tree. So, from time to time, we use it to pick up wood and, of course, to do our deliveries within the area," he said. "I am a bit surprised by the success so far but I guess it's because it gives customers that newness; but I know there has been a lot of excitement around it."

The driver of 'Putt Putt', Omar McKenzie, 28, said he is constantly being bombarded by requests from gleeful customers who regularly go out of their way to try and capture the moment on camera.

"A baay excitement, man. People tek picha and baay things. Dem want me to carry dem go beach and party inna it. People just order food from the restaurant just so mi can come a dem yard and delivery it," he said. Though small in frame, McKenzie said the cargo truck can pick up quite a speed and one has to be very careful around while steering to avoid crashes and accidents.

"Yuh affi have caution wid it cause it easy fi turn over certain way. When yuh a tek corner at a certain speed yuh affi go wide so that's yuh can get a balance," he said. "Di fuss time me ago drive it, mi a try start it like a car but a no so it start ... mi affi pull up one lever before mi turn the key. But mi master it yah now," he said.

A female vendor, who operates a shop in the Balaclava square, was very ecstatic when pointing out the green-coloured three-wheeler that was on its way back to the shop from a delivery.

"Hey! STAR man, look deh! A dat a run di place a Balaclava ... a it mek everybody wah buy food a Cotton Tree. A it a carry di swing," she said.