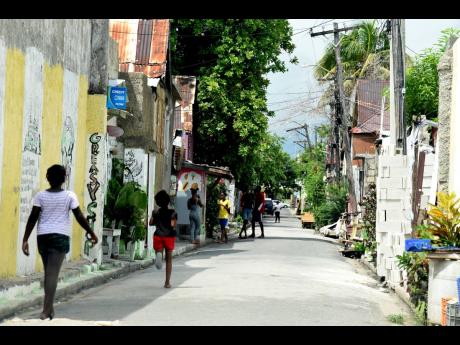 Children playing along streets of downtown Kingston on Monday even though online classes were in session. 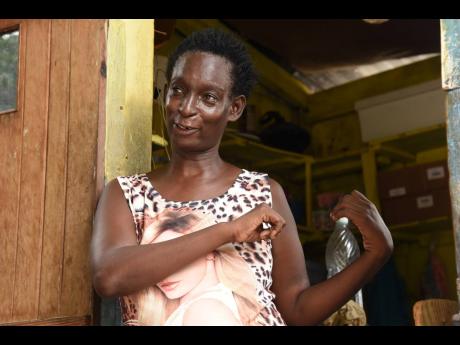 Millicent Christie explains how the intermittent Internet connection is one of the biggest challenges for her son.
1
2

Youths residing in Southside, a tough inner-city section in Central Kingston, are, for the most part, loitering on the streets during hours when they should be inside their homes attending online classes.

During a visit to the area yesterday, THE STAR observed a number of children either riding their bicycles or playing video games in groups. In other instances, some were simply running around aimless while there were others who sat wandering into space.

Many of these children have not been in class since the new school year began in September for reasons which include little or no Internet connection, lack of a device or the violence which has been plaguing the area for more than a year.

For Millicent Christie, mother of an eight-grade student at Haile Selassie High School in Kingston, the volatile combination has negatively affected both her son's education and her business.

Christie, 43, said that to ensure her son's safety, she has to close her business to follow him to get Internet connection at his aunt, who lives nearby.

"I have to go with him to ensure him all right. When mi fi deh here at my shop mi affi follow him to ensure say him can do him work in peace," said Christie, who operates a small cookshop. To make things worse, Christie notes that her son suffers from attention-deficit/hyperactive disorder and is therefore better suited for face-to-face learning.

It is one of the main reasons behind her decision to get him fully vaccinated with the hope of schools returning to normalcy.

"It kinda difficult because yuh affi a siddung over him fi mek sure say him do him work. Mi prefer face-to-face and that is why mi mek him fully vaccinated," she said, adding that her son wants to be an engineer. Another resident, Hyacinth Curton, said that three of her 15 grandchildren have not started school because they have no devices.

She also told THE STAR that the violence has been a major deterrent to learning for children within the area.

"Them traumatised, every minute is another round of gunshot. A just wah day some a mi grand pickney see how dem kill a man. Dem see when di bullet go ina di man and when him drop a ground," she said. But the Member of Parliament, Donovan Williams, said that since the pandemic started, the Government, via the PATH programme, has been issuing tablets to families to alleviate the connectivity problems.

He also stated that a "community Internet service" programme will be rolled out soon to help children who are unable to access Wi-Fi at home.

"We have five areas designated to receive community Wi-Fi. This will be done through the Ministries of Technology and Information along with the Universal Service Fund. They have already assessed the suitability of some of these areas where we have pointed to them and I can tell you that the situation is advanced," he said.

Williams also said that his office has been working assiduously with the police to help curb the high crime in the area. He has also urged parents to get their children vaccinated.