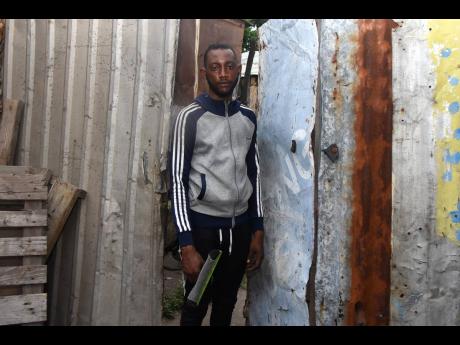 Windshield wiper Andre Moore said he would love to become a certified welder if he got the chance to go back to school. 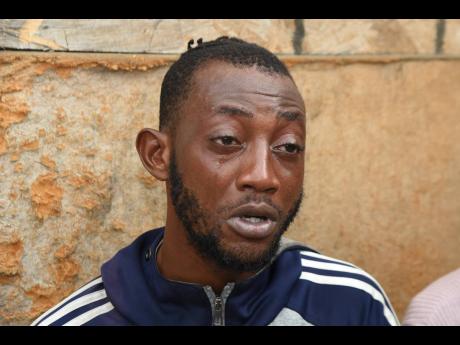 A tearful Andre Moore explains how difficult it is at times to feed his small family.
1
2

Andre Moore, the windshield wiper whose recent act of kindness has won him the admiration of Jamaicans home and abroad, said he had no idea he was being recorded.

The 26-year-old is being lauded after he was captured on video giving money to a man who pretended to be in need on Saturday, July 31, at the intersection of Hope and Trafalgar roads. The mystery man begged Moore for $50 to buy something to drink. Moore, knowing the price of the beverage was $100, gave him the full amount. When the man returned, he gave Moore $1,000 as a reward. Moore said he was surprised when he was told about the video two days later. He said this is not the first time he's been a good Samaritan.

"Nuff time mi help people. Sometimes all mothers pass wid dem baby and beg mi a ting and mi will give them $300. Sometimes drivers will all a pass and beg mi $500 to buy gas and mi give dem. More times mi know a test dem a test mi suh mi just give dem. Nuff time mi see people pass and all throw a $100 give mi," he said. But despite his willingness to assist, life has been far from smooth for Moore. Sitting on a bench with his pregnant girlfriend and two children, ages two and six, in his yard in Majesty Gardens, Kingston 11, he said he came close to losing his sanity a few years back.

Mi could a go crazy

"Anuh everytime mi have it can give dem and when dem say 'Daddy mi hungry' mi feel it. Sometimes when dem hungry and people say mi nah give mi pickney dem nutten, mi feel it because dem don't know how mi love dem," he told THE STAR. "Mi could a go crazy and a one a mi friend name Lump, who see say mi a go crazy and mi have di pickney dem, carry mi pon di hussling (windshield wiping) and say mi must just go there and nuh diss nobody and mi take him advice." Moore said he often brightens the day of some motorists by drawing hearts or writing the words 'God bless you' on their cars.

"Mi nuh come pon di road to diss people, enuh. More time you don't know how a person day is going," he said. Moore said he turned to windshield wiping approximately three years ago when his small hustle of unloading containers for a company dried up. Moore said that he attended Charlie Smith High School but did not attain any passes in Caribbean Examination Council tests. He said if given the opportunity to further his education, he would choose to get certified as a welder but his main focus now is taking care of his family. He admitted that some people bash him and say hurtful things while he is on the street, but he does his best to remain level headed at all times.

"Mi realise say the more yuh show love is the better life is for you because peace of mind and respect is a great thing. Sometimes mi on the road and when mi wipe the glass, is $4 dem give mi or sometimes none but mi nuh cuss a soul. Mi accept the $4 same way," he said.