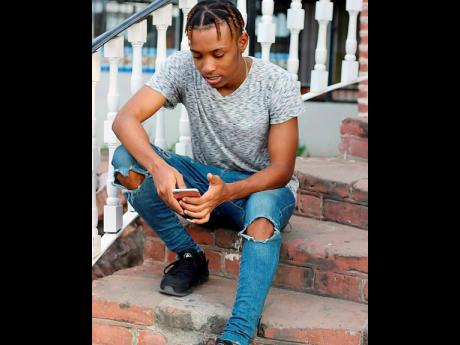 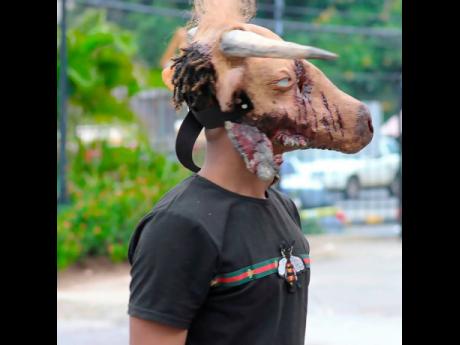 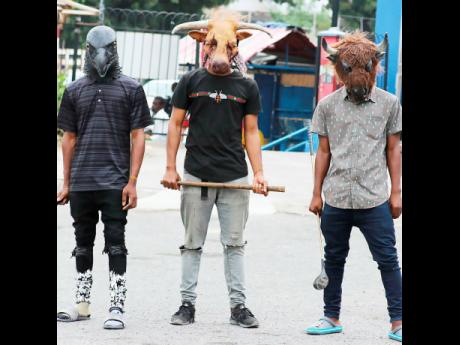 Kymani White jokes that he is not that interesting. That was just his way of breaking the ice. The 20-year-old has been stirring up a lot of attention online with the videos of him playing pranks on random persons in the Corporate Area.

"I am very much aware of the aggressive nature of Jamaican people, and even though I have been warned constantly to be careful, the reaction I get from them is always priceless," White told The WEEKEND STAR.

Approximately five persons comprise the team that develops the ideas, acts and/or records and participates in the video production.

Some of the pranks involve faking disability, mimicking an aggressive dog in a park, and frightening persons by wearing masks at night. He describes the latest scheme as a social experiment; an attempt to see how individuals treated someone casual claiming to find money in the street.

"I realised most of the persons responded to the 'money prank' untruthfully, most of them knew they didn't place the money there, or had it before, and still made a big scene about being the owner," White said.

He continued: "I don't have any safety net in place for that kind of feedback, but oftentimes as soon as I explain that it is for a video production, it would be easier to get persons to calm down."

The prankster used real notes, which posed challenges, but says he has no plans to use fake cash, so as to avoid prosecution. And he has had some run-ins with the law following a scare prank, previously gone wrong. From a video post on the channel, White and his associates were confronted by lawmen, locked up briefly, and had their masks confiscated.

"I try to stay away from having to deal with the justice system the best I can."

Ten months ago, there were 5,000 subscribers to White's YouTube channel. The number has risen to 15,000.

"My channel is focused on pranks temporarily because I have always had a thing for adrenaline rushes and making people laugh. Many persons would hesitate to attempt what I have done, but I thought, 'Why not get paid for doing something I enjoy?'" he said.

"The more pranks I upload, the faster my followers grow; for example, each time I upload a prank I gain an average 400 new subscribers."

Although uncertain about travelling the path of becoming a professional comedian, videographer or director that makes a career out of the pranks, he has recently resigned from working at a local call centre so that he can have more time to work on productions for the YouTube channel which he earns from.

"I am a very open-minded person; I don't know what I'll do in the future, but for now I plan to continue doing pranks and earning as much money as possible ... that's my job now, basically."