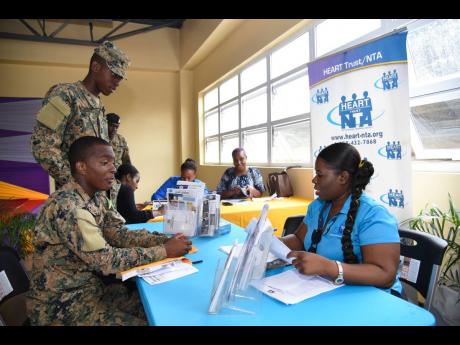 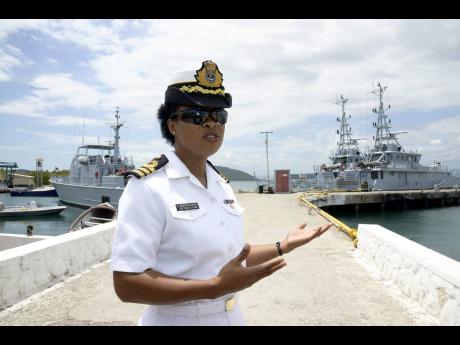 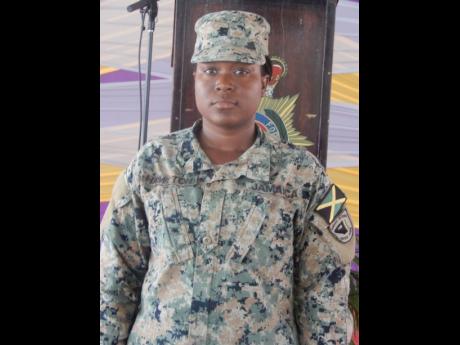 Devaniese Hammond has always wanted to be a member of the Jamaica Defence Force (JDF). A year ago, she was enrolled at the Human Employment and Resource Training Trust/National Training Agency (HEART) where she was being trained in commercial food preparation.

However, that was not what Hammond wanted for herself. She saw herself in the military and decided to enrol in the Jamaica National Service Corps (JNSC). Last Friday, she was among 82 females who graduated from the programme.

“It’s an amazing feeling to be a female solider, because not everyone gets that opportunity, so congrats to me,” Hammond, a corporate area resident, said.

JNSC graduates underwent weeks of rigorous training focused on military service knowledge, basic first aid, and weapons handling. Persons were also certified to work in customer service, information technology, as well as entrepreneurship. The JNSC serves as an alternative in the selection process for future soldiers as well as a channel for the infusion of the Jamaica Defence Force core values.

A job fair was held at Up Park Camp, the headquarters of the JDF, on Monday, to assist persons who have not transitioned into the army to find a job in other areas that they have been certified.

Hammond, who was among those who will transition into the JDF, said she feels “honoured to be a part of the organisation”.

“Right now, I am overwhelmed with joy, and I know that the opportunities that come with it are going to be good. Plus, I’m going to make more money to better myself in life, so why not?”, she added.

“From being in the programme, I learned certain things I can have for a lifetime. I learnt tolerance most of all, which I think is very important,” the 22-year-old told THE STAR.

Janel Hamilton, 22, said the journey to being a soldier was not easy.

“It was rough but it taught me a lot. It trained me mentally and physically. To be a solider, it has a lot to do with your mindset,” she said

“Being away from home was not easy, but you have to decide to put your all into what you love. To be a female solider is challenging but not impossible,” Hamilton added.

The women who have just joined the ranks of the JDF have good examples of trailblazing females to emulate. Major Heleda Thompson, for example, is the longest-serving female in the JDF, having gone 33 years of service.

There is also Antonette Wemyss-Gorman, the first woman to ever attain the rank of commodore in the JDF. She is now the first female to hold the portfolio of the Force Executive Officer of the JDF.