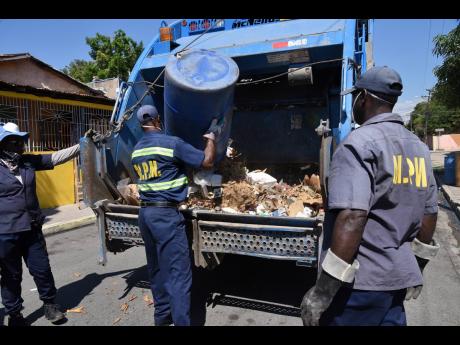 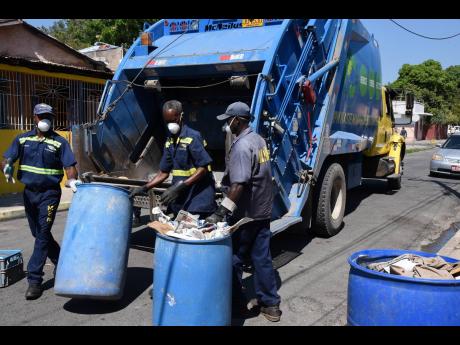 Garbage collectors perform some of the most underappreciated tasks. 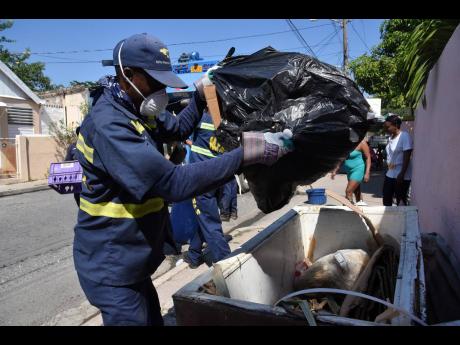 What would we do without our garbage collectors? 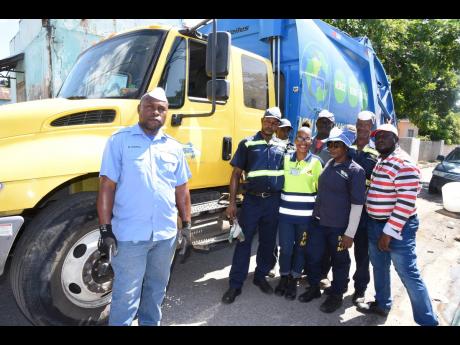 THE STAR spent a few hours with a team of collectors employed to the National Solid Waste Management Authority (NSWMA), as they journeyed through Franklyn Town in Kingston, removing waste. 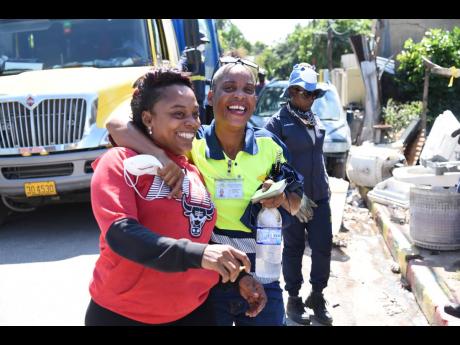 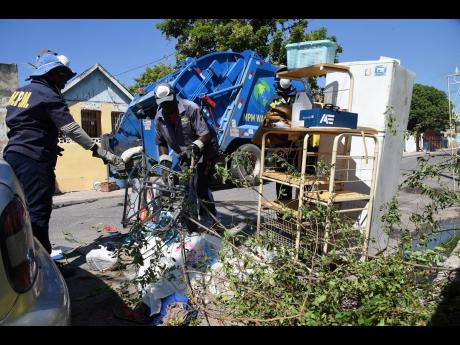 Shovelling and scraping dead animals off the road, emptying countless bins dripping with slime and foul-smelling liquids – those are situations garbage collectors are confronted with on a daily basis. These men and women are often scorned, belittled and sometimes viewed as less than human because of their job. Moreover, they chose this job wholeheartedly – they are on a mission to make Jamaica cleaner.

THE STAR spent a few hours with a team of collectors employed to the National Solid Waste Management Authority (NSWMA) as they journeyed through Franklyn Town in Kingston, removing waste. Team leader Kedisha Pennant, who is on a first-name basis with almost all members of the community because of her pleasant personality, highlighted some of the not-so-ideal aspects of the job.

“After you just clean a spot, someone just come and throw back the rubbish at that spot. And sometimes we just have to go back there, especially if it’s a main road. We affi just go back there and clean it … that’s the most difficult part of the job,” she said.

Being such a hard job by nature, Pennant believes some people don’t give garbage collectors the respect they deserve.

“Not everybody is the same thing. It’s because of a lack of knowledge. A lot of people don’t understand that it is a job that somebody has to do! Just like somebody has to work on the cesspool truck. Mostly children … tru dem nuh understand, dem will seh ‘rubbish people’. But truly, it doesn’t bother us … it’s OK.”

She says they never eat on the job, that it’s a must that they keep hydrated. “One thing... we have to stay hydrated when we’re out in this sun.”

Clive Scott, a zonal monitor is among the dedicated workers.

“I keep a shovel in my car... when I’m driving and see a dead animal on the road, I scrape them up and keep them in the car until I see a bin,” he said.

Tomar Lemond, another member of the team, has dedicated six years of his life to ridding roads and households of garbage. Over that period, he has become aware that while on the job, team work and strategy are essential in completing a successful day.

“A two types of bins … one of them have a roller at the bottom, and one somebody can roll it. The one that don’t have the roller, two somebody have to shake it to get out the garbage as quick as possible. You affi shake left and right and lick it at the two sides of the truck, so anything in it come out faster.”

He adds that there are no special roles.

“Who first can reach it, just reach it. When we see that, we start move wid dem. A team work … it afi be team work,” he said.

Carol Francis, the only other woman in the team, has been hopping on and off the truck for 10 years. She says she is like ‘one of the boys’. “It has become the norm now. In a male-dominated field, we have to push our way just like the males. It’s natural … I’m very much capable. When I just started it was not easy, but I adapt,” she said.

“The problems that we face mostly (as females) is the weight of the drums. Most of the men want us to work as a male and it’s not easy most of the times, but I’m pushing through.”

Cleveland Johnson puts all his energy into his job. He respect it and wouldn’t trade it for the world.

“A years me a do dis enuh … the uniform weh me wear come go, me wear it go back home … me go a me yard same way. Every morning me put on a clean uniform and come man … me proud a me uniform,” he said passionately.