My confession: My ex set his dogs to watch me 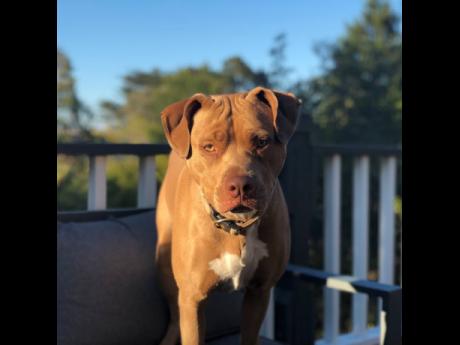 STAR, mi say mi ex-husband was the worst ever. Him use to watch mi so much that I end up starving the dogs that him set to guard mi.

When mi meet him, him did nice bad and use to take care of mi. We worked at the same company and for some reason, I left my boyfriend for him because he was showering me with money. But it never take long for me to realise how him jealous.

One day, mi and mi co-worker a talk and mi a wonder how mi man could tell mi back everything we discuss and he wasn’t there.

About four other conversations later, I found a recorder hidden under my desk. The man had set the recorder every time him come link mi and find a way to take it out back when him work the night shift, cuz he had access to my office even after I left work.

If that wasn’t bad enough, he would force me to leave the phone line open so he could listen my conversation when the staff bus was taking me home.

To cut a long story short, after we got married he demanded that I stop working and stay home with our son.

STAR, it get worse. Him get a work in another parish and he would sometimes have to spend days away from home. Yuh know say the man buy two pit bulls put inna the yard? Him know say mi fraid a dem.

Every time him leave the yard, him untie them so that mi couldn’t go road. As mi go pon the veranda, the dog dem run come.

Mi couldn’t take it no more, mi just start starve the dogs dem and when him ask what happen to dem, mi tell him say it look like smaddy poison dem.

Anyway, mi end up leave mi husband when him other woman come a the yard with their newborn baby. All this time when him say him was going to work, he had another family.