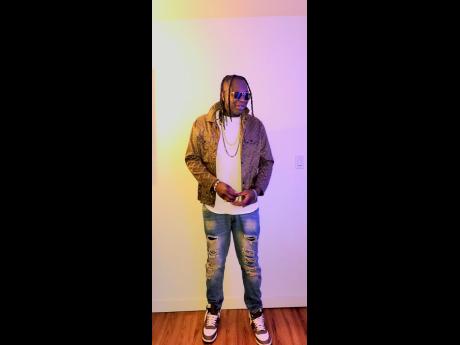 Dancehall artiste Uplift is confident that his new single, titled London Girl, will be a hit.

The single, which was produced by the artiste for his Uplift Entertainment imprint, was released on November 23. Since then, the song has been receiving strong rotation, both locally and abroad.

"My new single is doing well. It's getting support from DJs in various parts of the world, including Jamaica, Canada, and the US. I'm also getting a lot of positive feedback about it from my fans. I'm not surprised about the response it's getting. From the moment I recorded this song, I knew it was going to be a success," said Uplift.

The St Elizabeth-born deejay, who currently resides in Canada, plans to release the video for the single on December 11.

"I believe in this song 100 per cent, so I am doing everything I can to make it a hit. It's already generating a huge buzz on the radio. So, the next move is to release the video and use it to ramp up the promotion of the song. I can't wait to drop it, because it's a very exciting video and I know the fans are going to love it," he said.

The video for London Girl was filmed at several scenic locations across Kingston. It was directed by Uplift and Kemstyle.

Uplift is currently busy in the studios working on new music which he plans to release next year.