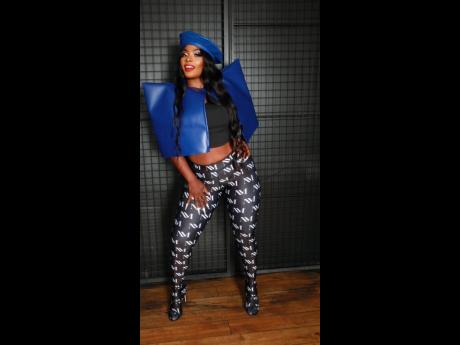 Dancehall artiste Pamputtae has seized the opportunity to promote one of her newest tracks titled Championship, just in time for the World Cup.

Originally meant to be a motivational song for her supporters, she also saw where it could be an anthem for football fans who are hopeful their team will take home the cup.

"A long time the song out, but it just blends in with the season 'cause a football and World Cup and everybody want their team to be the champion," she told THE STAR.

Though she has given the song new meaning by using it in support of her favourite football team, she wants listeners to pay attention to the words.

"Mi build the track fi tell some people seh, believe inna yuhself and don't give up on life no matter what life throws at you. From yuh believe inna yuhself, you a champion, cause World Cup a guh come and pass," Pamputtae said. A diehard Brazil fan, she is confident that they will win.

"From ever since me likkle a just Brazil me grow fi hear my family dem a talk bout with Pele and dem man deh, so me grow up inna dat. Just like how you grow up inna a community and yuh family dem a Labourite or PNP, so a just so yuh grow up," she said.

Pamputtae has also shown her skills on the field in the past, playing football for the Fletcher's Land community in Kingston as well as the Calabar Junior High School.

This has been quite a triumphant year for the her, having been featured on the Likkle Miss Fine9 remix with international rapper Nicki Minaj. Though there are only a few weeks left in 2022, she still has things she wants to accomplish.

"I am planning to do a wul heap a music, more videos, travelling, and God a go do the rest. Mi nuh wah too plan and then God have better in store for me. Me jus a do wah me a do and tek it easy. Just wah big up all a mi fans dem," Pamputtae said.