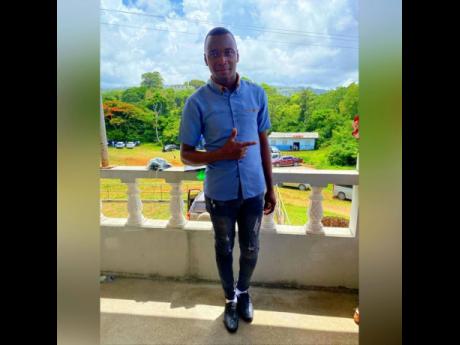 St Thomas-based recording artiste, Naldo Agile, has been steadily garnering attention for his musical talent as he records music from a police point of view.

The up-and-coming entertainer, whose name is Ranaldo Reid, has been a serving member of the Jamaica Constabulary Force (JCF) for 10 years. In addition to being a crime-fighter, Naldo Agile has been using music to dissuade persons from engaging in criminal activities.

He recently dropped a single, Stigma, which follows the release of tracks such as Heart of Pain and Born To Win.

Naldo Agile said that being a police officer doing music has helped to shape the content that he produces.

"It gives me a police point of view, which kinda makes it difficult for me to engage in violent lyrical music," he said.

For his latest song, Stigma, Naldo Agile said he was motivated to write the track following the arrest of his friend and fellow dancehall artiste Rytikal last year.

"So Stigma was created on a lonely night of which my friends and I were praying for our friend, Ryan McFarlane (Rytikal), after finding out that he got arrested. I was in England - which is a district in Airy Castle that we are from - at our friend's house and a number of us were there praying out loud for the freedom of Rytikal. On my way walking home to Spring Top, where I lived, I began receiving the lyrics line by line, until it was completed," Naldo Agile.

He was freed in the Gun Court in Kingston in February after the judge upheld submissions by attorney Able-Don Foote.