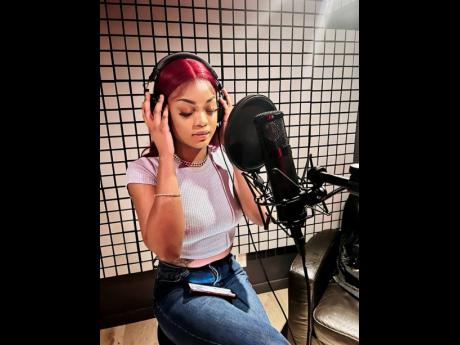 St Andrew-born dancehall artiste Twanna is currently working on new material, to capitalise on an encouraging start to her musical career following the release of the single, Luxury, in September.

The dancehall track was produced by Oswald 'Ozzie' Cassie and Dwayne 'Dougsy' Dawkins, her manager and producer, respectively, of Kingston 11 Productions.

"I am happy with the release and how the song has been going now. People should listen to my music because it is authentic, strictly me. My goal is to inspire people to live in their truth, women especially. I want them to be confident and fully embrace themselves. I want to break that barrier where women feel like they cannot be expressive due to fear of being scrutinised," the 23-year-old singjay told THE STAR.

Twanna came into music in 2020 with her debut release, Grip Thighs, a sexually themed track which was also produced by Kingston 11 Productions. But as the song was generating a buzz, the pandemic hit, and due to the cancellation of shows, it never reached its full potential.

"What makes me different is the fact that I am being nothing but me, 'Twanna' [her given name is Twanna Barnaby], which is why I chose to keep my name. Music is life, it is my main source, passion, my drive, my mere reason for breathing, and so I use this to continue producing quality music going forward," she said.

Twanna, who attended Oberlin High School in rural St Andrew, said that she grew up loving the dancehall culture and said she is inspired by several established acts including Bounty Killer.

Another single, Never Give Up, is set to be released later this year. Twanna is also gearing up to release One In A Million, featuring dancehall artiste Benks Ez Boy.

"I see myself being the next female superstar from Jamaica. Jamaica has always produced talented musicians, both male and female, and they have been impacting for decades with the melody and lyrics. I am next in line and my music will speak for itself," she said.