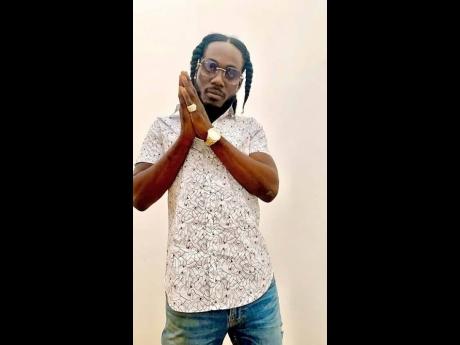 Up-and-coming dancehall singjay Lusion is savouring the attention he has received on Instagram and TikTok, having released a remix version to Jada Kingdom's single GPP.

"Honestly, I love the song and thought it different. It's not only dancehall and maybe is only considered part of the genre because of the language and the artiste being Jamaican. But it has an R&B feel and that's how I write. So, I figured it was something I could play around with lyrically and the reception has been good so far," he told THE STAR.

The Montego Bay artiste, whose given name is Adrian Allen, became the centre of social media attention when a video of an on-duty correctional officer singing GPP Remix was met with mixed reviews by users. The officer is seen slow-wining to the track with his rifle, which many viewers opined was inappropriate behaviour while in uniform. The corporal has since apologised for his conduct, but Lusion said that he does not think he did anything that warrants an apology.

"Aside from the correctional officer being clad in uniform, I don't think he was being rude and don't think the public should be negative or that he should be punished," he said. "I thought it was showing other sides to these strict public figures, showing that he is human and the song is nice, he's vibing to it, and it is natural for any human being to show love for it."

Lusion said there are numerous videos that have circulated and he is grateful for the support.

"There's so many, including one by the actor-comedian Swiiss Lee that I could not stop laughing about and others. The requests for the GPP Remix dubplates have been coming in as well," he said.

Prior to the pandemic, Lusion teamed up with Starz Plus Production and has not turned back. His breakthrough single Gunman was released in December but the official music video was uploaded to YouTube a little over a week ago. He also has a collaboration with dancehall deejay Shane O titled Neva Flee, which he is currently promoting in the streets.

He said, " Gunman has not gotten the attention it deserves but I believe in the song, as I do in all my music but I think it has a lot more potential."

The artiste and his management team have been focused on getting tracks together for an EP by the end of the year.