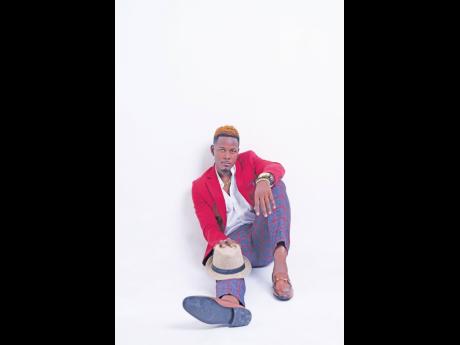 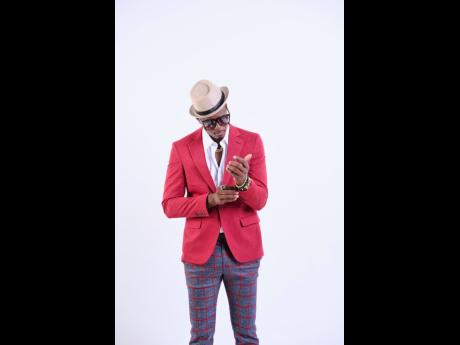 Recording artiste Ozarii is on a mission to win the hearts of reggae and dancehall fans locally and in the diaspora. He is armed to the teeth with lyrics and a style that compares to some of Jamaica's best artistes, including Beres Hammond, the late Alton Ellis, and US vocalists, such as Marvin Gaye and Sam Cooke, who have left their mark on the global music industry.

"I see myself as a household name," Ozarii told THE STAR about the goal he wants to meet in five years.

"I see myself and my future aligning with the likes of Sean Paul and Shaggy because where they are is very vacant and a lot of persons not filling that gap. There are few artistes that reach to that level and that's where I'm aiming for. Right now, my name is growing in popularity amongst the younger and even the older audiences out there. I see myself as one of the front runners of Jamaican music, and not just reggae or dancehall, but on a broader scale," he continued.

Ozarii, whose given name is Nevin Blake, has yet to perform on major local festivals, but said that performing at smaller events at Drifters in Negril and on any community stage has motivated him to continue pursuing his career.

Songs, such as Old Style, Burn Some Bridge, You Me Really Love, Fireworks and Candlelight, have garnered the singer-songwriter both local and international followers. He has received over 305,000 views from the Latin American market on his recently released single Whine Slow - Bailas En Mi Cuerpo. This accounts for over 70 per cent of his viewership from that region, which is no surprise as he utilises Spanish in his lyrics.

"When I did the research on the reggaeton market, I realised that reggaeton artistes were reaching up to a billion views while the top dancehall artistes were getting around 30 million. Looking at it, some young, up-and-coming reggaeton acts gaining 400 million streams on Spotify and YouTube plays was the reason. I decided to go ahead with that Spanish feel, creating that happy music, especially since dancehall is very dark right now and I'm just trying to bring some joy to the music," he said. "I wanted to be different and I wanted to stand out and what makes me stand out is my ability to adapt and change to the current times. I'm not afraid of taking the greater risk to be different. I've done songs in different languages that stand out. Outside of Spanish, I also recorded in Swahili."

Ozarii shared that he has a vision and is holding his position and form as a Jamaican recording artiste who delivers music with "a sense of data analysis", recording songs that involve a lot of research from his end.

"The reception to my music has been heartwarming. I think it's like a breath of fresh air for sure, because my music tends to be different from what is being rotated right now and the aim is to just grow from where I am. My mission for the rest of 2022 is basically to continue releasing music and continue owning the craft, developing as an individual and as an artiste because I am a student of music. I tend to always want to learn more, as music and life teach and I want to learn," Ozarii said.