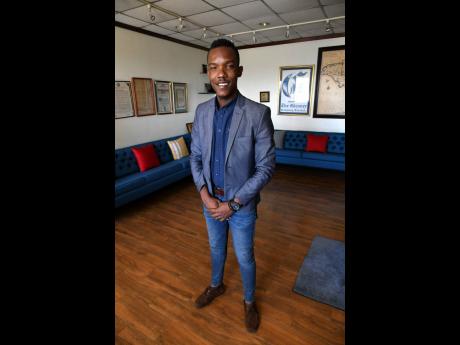 According to pastor and designer Gerald A. Gordon, the concert, which is titled 'Walk By Faith', was inspired by 2 Corinthians 5:7 which states, ' For we walk by faith, not by sight', and the goal is to encourage persons to find their purpose and strive towards it.

"Since the space has opened up, we have yet to see a gospel event of this nature. We want to motivate people of God that they should continue to live a godly life and strive towards fulfilling their purpose, not because it's visible in sight but because it is believed by faith," he told THE WEEKEND STAR.

"They all have something special in their ministry to share with persons who turn out. Marco Newell is an anointed man of God who has a song called No Failure Over Me, which is a message we would like to put to the fore," Gordon said. "We want to facilitate everyone and anyone who wants to worship and loves to worship. It doesn't matter which denomination you're from or if you don't have one. You can be a part of this concert and feel free to worship without being judged or scoffed at, because our gospel event is focusing on creating an environment that fosters worship and that will lift your spirit."

Gordon explained that there are plans to make the event an annual fundraiser to aid local charitable organisations, as well as the church, with back-to-school initiatives and other community-focused engagements.

The Rock Cathedral was founded by Bishop Dag Heward Mills and is part of a global church denomination with thousands of branches worldwide. The Jamaican division was started by Bishop David Gyedu in 2003 with 10 churches islandwide. The concert is being held at the church's Portmore, St Catherine location, near Cumberland Meadows, and begins at 6 p.m.

"This is to show that we're not just saying walk by faith, but are willing to help others by doing the work, because faith without works is dead. I continue the mission of Wear Faith Merch, which is owned by my friend Rockeem Levy and I, to spread the message of God in every way possible. Don't fake it till you make it, but 'faith it' until it's manifested," Gordon said.