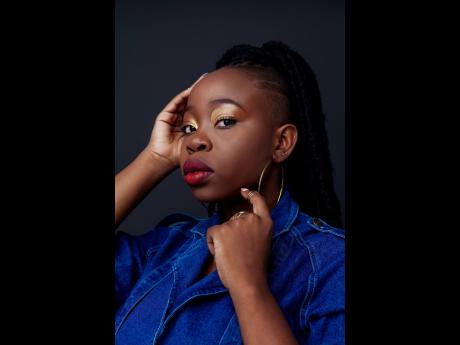 The audio and video for the song were released on May 20 which was celebrated as National Children's Day. It gradually garnered streams but suddenly disappeared from digital streaming platforms. Though details of the legal issues have not been disclosed, a decision regarding the removal of the song was taken collectively by the producers at Island. Wav Entertainment and the artiste's management team, Daniellia White Organization.

Joby Jay told THE STAR that "I've accepted for what it is and moved on because the message of the song will not die. Black Child did what it needed to do even in the short time it was available for people to support."

She said the single came from a place of concern for the nation's children and was influenced by the occurrence of violence as a result of police brutality and other social issues affecting the black race. The song was endorsed by the Early Childhood Commission and National Child Month Committee to use it as a flagship for the National Children's Day celebrations earlier this year.

Joby Jay, given name Jo Benee Morris, received the VM Wealth Breakthrough Artiste of the Year at the JaRIA Honour Awards in April. She has been focusing all her energy on promoting previously released tracks such as Proud and Headache, from which she has set the mood for her upcoming EP.

"Right now I'm excited about my next single that is a feel-good reggae song that will transport listeners to a happy place. I'm also working on my debut EP. The project promises to give you the feels and show more of my lovey-dovey side that I teased in Headache," she said.

The Big Girl Ting artiste shared that despite the challenges, she is determined to move on to bigger things.

"I'm very excited about what's coming. The journey has been good so far. I listen to the songs every day and I just can't wait to release them," she said.

Joby Jay's manager Daniellia White acknowledged that regular listeners have been asking about Black Child's 'disappearance' from platforms, but said they cannot say much on the decision's background.

"We think it is in transparency that we let them know it was removed and ask that it no longer be played on media platforms, locally and internationally. I cannot at this time say whether there will be a re-release of the song. However, rest assured that Joby Jay will continue to release powerful music. We want to also thank the Jays for their unwavering support."