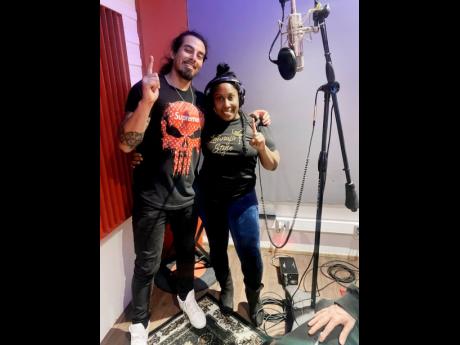 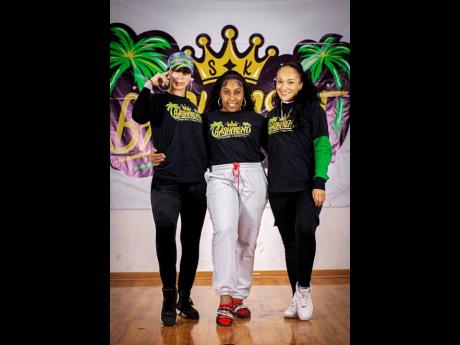 Unified for the love of dancehall culture (from left) Girl Polet, Latonya Style and Lady Stephy celebrate a successful workshop execution in Chile.
1
2

Veteran dancer and curator of Stylish Moves Latonya Style has stepped out of her comfort zone.

She is knee-deep in recording music and has finally made her debut on an international stage during the stop in Chile on her South American tour.

With her collaboration with Chilean dancehall artiste Canis Major on his popular single Do It in 2020, the dancer-turned-artiste said she was long overdue a visit to the country, which she last travelled to in 2017.

"I'm so used to just dancing on stage or hosting events, [so] I was a bit nervous but excited to 'do it', as is the title of the song we performed. Knowing I had a supportive fan base for dance gave me some amount of confidence," Latonya Style told THE STAR. Her live performance was at an all-white event on August 9.

The two artistes released visuals for the song in April 2021, with Canis Major's scenes filmed in Chile and Latonya Style's scene shot in Jamaica. Although she would have liked to have her first-ever performance back home, the dancer said that "the Jamaican audience is the hardest to please".

"I was happy to get the experience and practice in a positive environment first that would appreciate my effort. I definitely know that I need to practise my own songs for future opportunities. I also need to work on the local market, and Caribbean markets," she added.

Latonya Style has been to Chile twice prior to the current tour and discovered that the dancehall community there is in its embryonic stages. Through her dance workshops, she has learnt more on their approach.

"The space is very supportive and is very serious about authentic dancehall from the source. They are not wealthy, so it's not a big moneymaking venture, because Chile is a Third-World country, like Jamaica. In my research, I've found that not a lot of our big acts have performed in the country, but there is major respect for our culture," she said.

She also had the opportunity to record a new track titled Wine Pon Time, a female dance instructional song.

Dancehall dance workshops have afforded Latonya Style the opportunity to travel worldwide, and she continues to receive bookings to teach. In Chile, she hosted the 'Authentic Dancehall (Old & Middle Skool)', 'Street Vibes' and the 'Chat Patwah: Jamaican Language Lesson' workshops, as well as lectures in 'Female Dancehall Style'. Currently in Peru, she will remain there until Wednesday, when she completes the teaching tour.

"I want my work to be in some unusual places; I'm targeting the universe. I already have a foot in Latin America, Europe, Asia, Australia and Africa. I was definitely pushed out of my comfort zone, but needed to see that people were appreciative of the song, knew the words too, and enjoyed seeing me perform," she said.