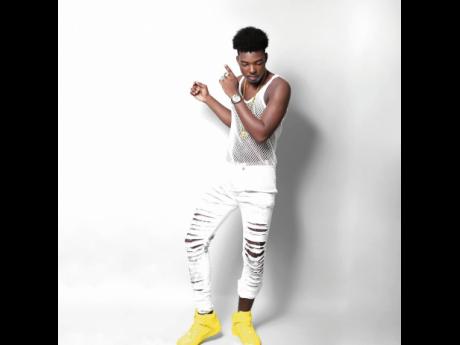 Almost 10 years ago, a young St Mary-raised entertainer by the name of Anthony Clarke entered the Tastee Talent Trail contest and caused a stir.

He told THE STAR, "That competition helped to boost my confidence and since then I've matured a lot to become a better performer, writer and overall, as a person."

Devin Di Dakta was also crowned Magnum King of Dancehall in 2015 at age 19. He said that in local culture there is a need for more talent competitions and there is room for artistes to have fun with the music they release.

"It's a part of human nature to compete, that's where we learn and grow fastest. I mean, Tastee Talent Trail is where I was first exposed to performing outside of my community and I moved on to enter other competitions and win," he said. "Also, songs like Caribbean Badd ie [which trended on TikTok] and my recent remix of Jada Kingdom's GPP, where I highlight the good p## p## female dancehall acts, always play a part in our culture. It's a way to make people smile and just loosen the tension even for the three minutes the song last."

However, in GPP Remix, he also refers to entertainers and social media personalities Queenie Lady Gangsta and A'Mari DJ Mona Lisa as 'mad women' who men should be warned not to "have sex with". He has not heard from the majority of female dancehall entertainers mentioned, and is not expecting to either.

"I haven't received any feedback from Jada Kingdom or Di Genius [producer of the original track] and nothing from Spice, Shenseea or Shaneil Muir. But big up to Queenie. She reached out and said it had her laughing. That's really what this remix was made for, it's just fun and laughter. In terms of backlash, mi good man because some people will like it and some won't and that's a part of the game," Devin Di Dakta shared.

His repertoire includes other popular songs such as Dem Dead, Politics and Eye For An Eye, a collaboration with fellow deejay Gage. He was also featured on Los Angeles-based band Electric Guest's single Oh Devil which charted on the Billboard Hot Rock Songs in 2017.

"As with any other journey in life, my professional career has its ups and downs but I'm really happy and grateful because it's through that journey I found my true self. So, it's just more hard work from here on," Devin Di Dakta said.