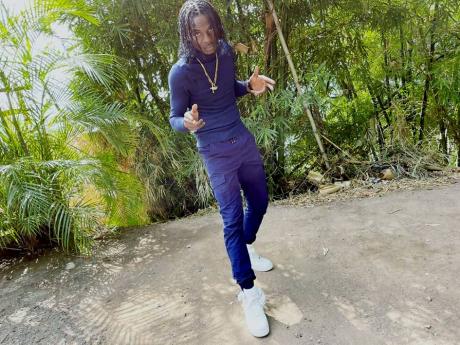 Up-and-coming reggae artiste Quecee is living his dream of pursuing music, but is quick to attribute that pursuit to encouragement he received from friends.

"People within my circle were always telling me say, 'Yow Quecee yuh talented enuh yute. You need fi make the step and push out the song';. So after a while basically I started believing in myself too that I can actually do music because I always had a genuine love for music and I've always been passionate about it," said the artiste, whose given name is Querido Howell.

"I decided to pursue music because I always knew I was passionate about it and every time I try to walk away from it and try to forget about it, it somehow always seems to find me to the point whereby I now believe [that] if I don't do music, I will forever be tortured within my own spirit and my own self," he added.

The Spanish Town, St Catherine native revealed that he got started in music when he began to network with players in the music industry like producer Khemis from Vybnation Records. "Then shortly after that I got a link to a promoter who wanted me to perform overseas. It was a live show so I had to get a band together. Then I remembered some guys I had linked up with earlier when I was just a mere musician playing the bass guitar," he recalled. "I told them about it and they were quickly onboard. After we came back from abroad they started telling me 'Yow Quecee, yuh need to take this thing serious enuh because you see say yuh go overseas go burn it down and you don't even have a song out as yet. Just imagine if you had an actual song and your career was official'?" He said that his music is relatable and something that one can listen to every day for any occasion.

"I call it life music because it's what we see in our everyday lives and a lot of people can actually relate. Also, in all my music I try to never stray too far from the positive side," he said.