Trinzikk is meticulous about crafting his sound 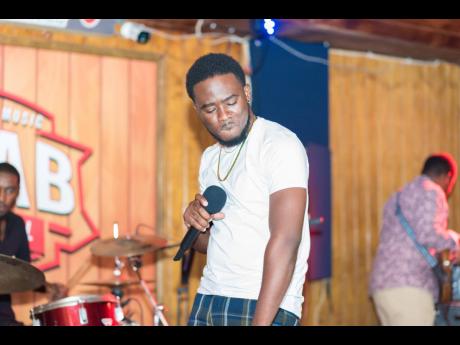 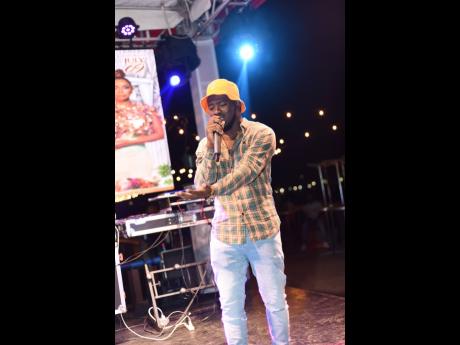 Trelawny born-and-raised Kenneil Brown has a remarkable ability of crafting relatable moments that are stirring and comforting, much of it having to do with his smooth vocals, which skillfully guide listeners through his music's emotional core.

Adopting the moniker Trinzikk, which is derived from the word intrinsic, he said that "the love I have for music is deep-rooted".

"In Jamaica, the church produces more artistes than you can count on one hand. I'm no different. It is where I started, as both my parents are Christians, my talent was first honed in church. Then, while attending high school, there was a makeshift studio which my schoolmates and I had access to, that also helped," Trinzikk told STAR on the Rise.

Slightly obsessive over the way he records and performs, Trinzikk said that he has had to learn to let go. He loves the art so much that if one note or lyric is out of sync, he would rather start from the beginning to fix a track.

"Honestly, sometimes I can't hear my sound and I have learnt to leave it up to fans. Even while in studio, I will be very hard on myself," he shared. Taking influences from Vybz Kartel, who Trinzikk, like many artistes, proclaims a lyrical genius, the recording styles of Beres Hammond and Buju Banton, and performance style of Dexta Daps, has provided him with some level of enlightenment as he develops his own sound.

The singjay-songwriter has been actively pursuing a professional music career since 2016 while working towards a degree in hospitality and tourism management. He works part-time as a tour driver and seizes every opportunity to expose tourists and locals who may come into his vehicle to his songs by having them run in a continuous playlist.

Trinzikk recently hosted his first solo show at the Rehab Sports Bar on the Montego Bay hip strip where he was supported by the Unstoppable Band out of St Ann. The reception he received has motivated him to push further with the goal of becoming a staple name in the reggae-dancehall community.

"It was not the first time performing live. I have opened for the likes of Nation Boss at Pier1 but remember, Jamaica is a small place, filled with talent. It has not been easy for me, but now is the time that what I have to say, should be heard," he said.

"Being a tour driver is good, and as many artistes will tell you, music takes a lot of money. I've met a lot of new people and shared my music with even more. As I say in my track, Fly, ' I will fly even if my wings are broken', regardless of what hardships I have faced or are yet to come. I believe that within my soul, once I work hard to tell my story, people will listen," Trinzikk continued.