Qraig’s call to ‘Listen To Me’ pays off 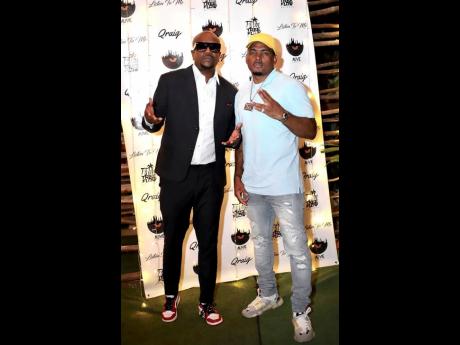 Voicemail’s Qraig and Kevyn V continue to support each other in their solo endeavours. 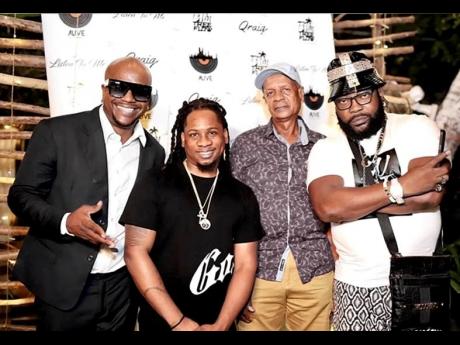 (From left) Qraig, Astyle Alive, Nigel Angus and Demarco make an entrance at the recent launch and listening party for ‘Listen To Me’.
1
2

Voicemail's Qraig has made yet another stride with his first solo album Listen To Me which peaked at the number three position on the iTunes Charts behind Sean Paul and Bob Marley at number two and number one, respectively.

The celebratory announcement proves to the recording artiste that he has another reason to direct persons to "listen to me", he told THE WEEKEND STAR.

"After writing, recording and the official release of Damaged, I realised the impact that track had on the dancehall community, persons struggling with and advocating for mental health, and people who listened to my music. I wanted people to not just hear the songs on the full project but thought it was deserving that they really listen to me. That's how the album title was decided and I don't know if that comes off as boastful or whatever, but I believe I needed to reward myself [so] this is me saying good job," Qraig continued.

As a song that speaks to the battle with depression, Damaged has put Qraig's journey under a microscope. The artiste's album launch was held at the Rocksteady Seafood and Bar on Thursday, June 23. Though he had originally wanted it to be an acoustic setting, it turned into a listening party "of landmark levels."

"I premiered the album by giving a short story around the production of each of the 12 tracks and the reception was still amazing," he said. "Because this is a very personal project, it has a lot of sentiment regarding my journey in music. Being in the business for a number of years and through all the successes, this still counts as possibly my greatest achievement."

Some of the entertainers featured on the album are Demarco, Munga Honorable, Jah Vinci, I-Octane, Ajii and Fyah Roiall. The fourth track on the album, Enjoy Yourself, with Demarco, is one of three songs receiving the highest number of plays across digital streaming platforms. Damaged and Congrats are the other two.

Boasting many accolades and accomplishments, Artiste and Repertoire and Project Manager Nigel Angus is partly responsible for the success of the album thus far. He collaborated with popular record producer Astyle Alive to develop Qraig's album. Astyle Alive, who is based in New York, has worked with the likes of Freddie McGregor, Chino McGregor and Jada Kingdom.

"I have big respect for everyone who helped get Listen To Me together, Nigel, Astyle Alive, Palm Tree Production, Frankie Music and the whole Voicemail family, to everyone involved behind the scenes. I'm super excited about where it's headed and the campaigns to come that I will share with the world," Qraig said.