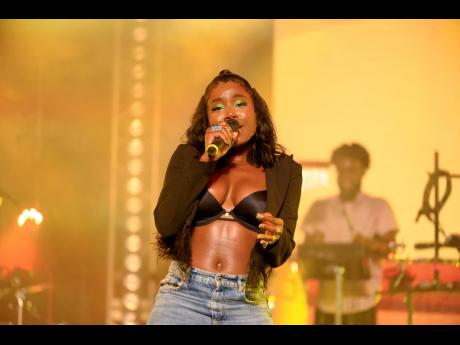 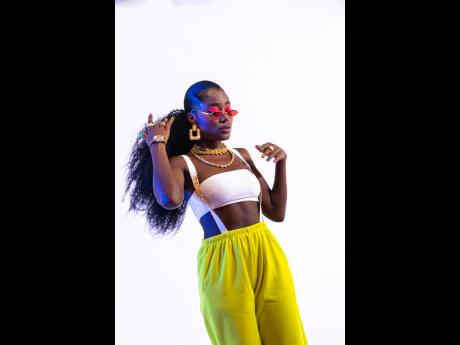 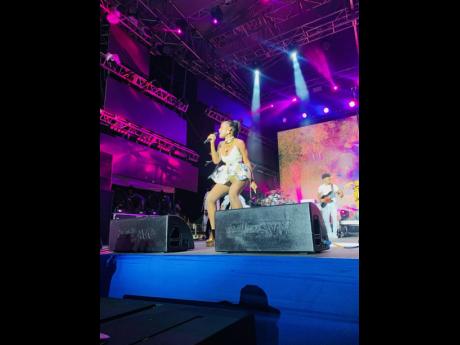 "I don't know what people think of me," Sevana told THE STAR, after setting the Jamaica Rum Festival stage afire with her 'inna dancehall style' performance.

The lyrical siren was referring to her love of music and how dancehall is one part of the musical influences that has shaped who she is and is becoming.

During her delivery of her 2019 hit single, Nobody Man, Sevana sent chills through the spines of each and every member of the audience as she remixed the raunchy chorus of Vanessa Bling's popular One Man track into her verse.

It didn't stop at her demonstrating her vocal abilities, the Savanna-la-Mar-born star, given name Anna-Share Blake, 30, dropped into a squat position as she showed and revealed a different level of sexy wining on stage.

It may have come as a surprise to many, but "I am a fan of Vanessa Bling [or Gaza Slim]; I am also a fan of Vybz Kartel. There is a healthy collection of dancehall in my playlists."

The soul and R&B influence is evident in Sevana's music, but she always adds a dancehall filter and very often introduces herself saying 'Vana inna dancehall style'.

She shared that One Man was the most suitable dancehall song based on the lyrical content.

"It mek sense cause har song a talk bout 'one man' and me a sing say me nuh want nobody man, me just want you. Yuh fi free, yuh fi single and dedicate all a your time to me so the messages (of each song) mek sense together so me draw fi it," she said.

"It is a little unexpected I guess, and people doh think Vanessa Bling when they think about me. All that matters right now is I just want to continue making music. I am losing myself in the work, it's keeping me afloat and I plan to give it my whole heart and soul."

Sevana's mother was present to see her in action and was left speechless. Speaking briefly to THE STAR, she said, "Anytime I see her perform, the feeling is something I cannot describe," wearing the biggest smile on her face.

As a youngster Sevana was originally interested in becoming a doctor but discovered her voice. Then in 2010, she and two friends gave Digicel Rising Stars a shot and made it to the top 10.

Campari's marketing director Pietro Gramnega said that her success on the festival stage was the "beginning of so much more to come."

"She has a vibe, and the team was happy to have her. I believe that more and more artistes are coming up in Jamaica and she is one of such, she will be big. We also want to offer this stage for Jamaican artistes coming up with the potential to do well in music," Gramnega continued.

Sevana was one of the headliners for the Jamaica Rum Festival's fourth staging held for the first time in Montego Bay. Runkus, Romain Virgo, Tessanne Chin, Sanchez and Capleton also gave outstanding performances but she stood out being the only act to come with supporting dancers and choreographed moves.