Khapital looks to further his career 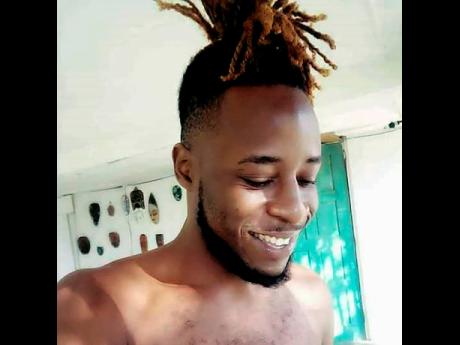 Up-and-coming dancehall artiste Khapital is fully focused on his career growth in the music industry.

Khapital, whose given name is Christobal Laurence, was one of the contestants in Magnum's inaugural staging of the 'Top Performa' competition, which concluded last December. The entertainer shared that for him, music has been a process.

"I got started once I realised music was by far the greater source of influence in my life. Once mi hear a song and mi like it, mi have di remix ready in a couple of minutes. I recorded my first couple tracks at Youthman Promotion (Sugar Minott's studio) after relocating from St Thomas to Kingston. I never had the chance to meet Sugar Minott, but still learned most of what I know about dancehall culture from the time I spent visiting that studio," he said.

Khapital admitted that his participation in Top Performa has produced fruitful results, even though the top prize eluded him.

"It's been a lot easier to focus on my music ... easier specifically where creating/producing new content is concerned," he said. "A lot more space has been created to facilitate my making of music; and then there's a noticeable growth in popularity, making everywhere I go feel more familiar."

However, he admitted that time management has proven challenging at times, as he tries to live a balanced life while remaining focused on breaking through in music.

"The main challenge has always been balancing personal life with being an artiste, and making sure there's time for each move that needs to be made," he said.

He is currently promoting his latest single, titled Nightshift.

"The feedback so far has been 100 per cent positive, they really love it in Ghana," he remarked.