Kreecha displeased with many modern dances 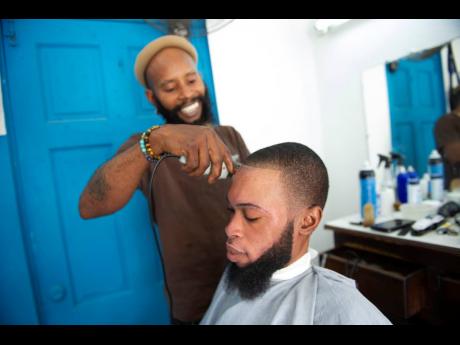 Paddyfoot said that after leaving the spotlight, he has returned to his first love of barbering. 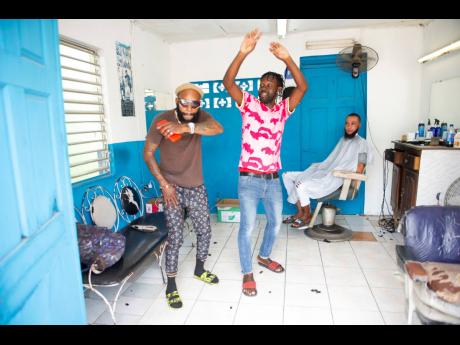 After his viral hit in 2014, the originator of the 'Kreech' dance, Andrew 'Kreecha' Paddyfoot, says he is discontented with the quality of dances in the dancehall now.

"We deh yah a watch wah gwaan and see seh di thing, nuh look like how it shoulda a look. Di man dem wah fi a dance and thing, and mi notice seh di people all a wine and dem thing deh. So mi affi a wonder if a joke, if a that di dancing world gone to now," he said.

He continued: "Nuff a di style dem weh me see di man dem a work wid, me woulda all wah say a my kinda move dem take dem style deh from. Nuff a di dance moves a really Kreech dem take that from, so me nah guh call myself a one-hit wonder."

Paddyfoot told THE WEEKEND STAR that since he and Bling Dawg rose to prominence with his dance moves and Bling Dawg's vocals, he has stepped away from the dance world to focus on his first love, which is barbering.

"Well, me deh yah gwaan a do likkle barbering right now inna Osborne Store (Clarendon) yasso. Barbering is a very nice thing, enuh. We a make we likkle money and thing," he said. Though many may not know this side of the entertainer, barbering has been putting the food on the table since he was 12 years old.

"Mi used to do it a Tivoli school, mi do it a Rockfort, mi have mi barbershop outta east, mi do barbering a Ochi, a Priory Town. A whole heap a place we do di barbering. Yeah, barbering is my life, same as dancing. Mi can never stop do those two things," he said. Regardless of how dissatisfied he is with the state of dancing, there are some moves to which he tips his hat.

"Whole heap a move out deh weh me like weh di youth dem a do still. Mi like fi see di youth dem a do dem thing. Even di 'Foot Play' weh Gabbidon dem a do, mi like that. And me like di 'Stir Fry' weh Ding Dong do, too, and di 'Shamballa Rock'. Me like dem likkle move deh. Mi like how energy a gwaan, mi nah go lie," he said.

Even as he focuses on cutting hair rather than cutting moves on the dance floor, he said that he has a new dance move coming soon.

"Right now we a go do a song with Tornado. The song name Up Move. Is a dance move. Me and the barber British make it. We have di dance figured out, but we nuh do nuh dance yet," he said.