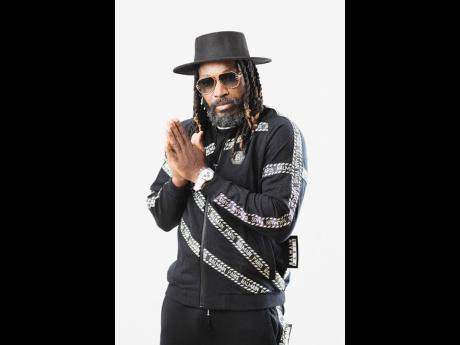 Legendary West Indian batsman Chris Gayle will make his highly anticipated appearance on Tropical House Cruises to Jamaica: The Asian Edition, an album which is set to be released in July.

The self-proclaimed Universe Boss is featured on the track, Gimme Your Love, with singer Shav A, the daughter of veteran singer, Admiral Tibet.

"The track was sent over by Gary G with where he wanted me to fit in with Shav A," Gayle aid "That's how myself and Camar Flava got creative with the best sound and flow in my style to fit the project. It was pretty much having fun with it while recording, which made it a bit more relaxing," Gayle shared.

Camar Flava is a member of Gayle's Triple Century Records.

Executive producer of the album, Sean 'Contractor' Edwards, provided further insight on how the connection was made with the legendary sportsman.

"I work closely with radio DJs marketing music and Gary G, of Irie FM, said he wanted a song with his artiste, Shav A, on my next album. I listened to what he had and decided I wanted to collab with her and Chris Gayle," Contractor said.

Gayle said that adding his voice to the project was a no-brainer.

"I've done a few collaborations in similar fashion and by doing so I gained more confidence in voicing, so it wasn't such a big deal to jump on this one straight away," the hard-hitting opening batsman said.

Meanwhile, the multi award-winning producer, Contractor, said that Gayle's vocals on the album will guarantee huge record sales in the Asian marketplace.

"The album is targeting the Asian countries of India, Pakistan, Bangladesh, Sri Lanka and Malaysia. Chris Gayle is a giant in these countries. We anticipate a lot more sales from this project than any other album I've released," Contractor said.

The album is set to be released on July 29 on all digital platforms. Also featured on the album are international stars Lauryn Hill, Capleton, Morgan Heritage, Jason Derulo as well as artistes like Kali Ranks, Inoah, King Tiger, Sasi the Don and Lady MargaMc.

Gayle, too, has a new single on the road titled Don't Go, which he describes as "a love affair song". It has been produced under Triple Century Records.