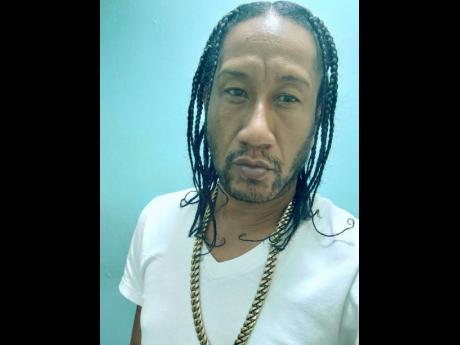 Veteran dancehall artiste Ricky General says that he is back, even "though mi never gone no weh," as he promotes his latest dancehall songs, ' 10 Million' and ' Dolly Body'.

He delivers a contemporary sound and flow as he maintains his relevance among younger artistes.

The deejay, whose given name is Ricardo Anderson, who enjoyed massive success in the '90s with hits like Informer and Sketel Bomb, stressed the importance of evolving with the music. "A the new trend. Mi naw deejay like me inna the '90s. A whole heap a people a say, 'You change up the thing'. If you listen all Dolly Body, a different style," he said. "Is a new Ricky General dem a get."

He added: "Right now, 10 Million hot a New York, which is good because a dem big city deh mi wah the thing happen 'cause, you know, when dem people deh gravitate towards anything, a lift it lift." He recorded the track on his own record label, Orange Diamond, but recorded Dolly Body for Konsequence Music. He admitted that the promotion of both songs, which were recorded in 2020, suffered extended delays because of the pandemic.

"Look pon 10 million. Nobody no pay it no attention a Jamaica, and a it a lock dung the whole a New York, and it just jump pon the chart a South Florida," he shared.

Ricky General is showing no signs of slowing down, as he has promised to keep recording and releasing new material.

"Mi have 'bout 100-plus song wid myself fi put out enuh, 'cause mi never put out an album yet nor an EP. Because we have the studio, we jus voice, enuh. Mi have whole heap a song pon mi hard drive fi release. We grow now, and we learn the game," he shared.