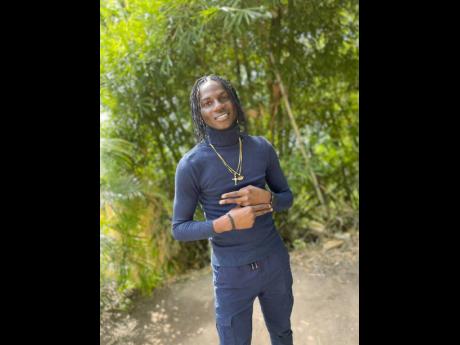 Up-and-coming reggae artiste Quecee is concerned that talent alone is not enough to guarantee young artistes getting a big break in music.

"The challenges I've encountered so far is that I realise, to some extent, that even though the game is fastly changing and that's a good thing, there are still a few gatekeepers who make it hard for young up-an-coming artistes. I've realised that it's a matter of links and connections and who like who and who rate who that run this business. Since I've come into music fully, I've realised it's a game heavily filled with deep levels of 'likes' and 'ratings' and money also, and not necessarily about who is naturally and genuinely talented," he said.

He continued: "I realise also that talent alone won't work because many of the ones who can actually make big moves for you and make things happen won't do it unless they're going to benefit big time in some shape or form."

Despite the setback, Quecee said he has been keeping a positive outlook while working assiduously and making meaningful connections.

"Also I have been mastering my craft so that when I get that exposure, I'm fully ready in every way and people will be able to see the difference. Because you work non-stop, success is inevitable," said the Spanish Town, St Catherine native.

Quecee, given name Querido Howell, is currently promoting his latest single, titled Blessings, in which he said that he is showing gratitude.

"It's not about the hype or the flash of things but it's all about the blessings. So every morning you rise, as you open your eyes you should give thanks to the Most High because that alone within itself is indeed a blessing," he said.

He added: "This single also brings levels of motivation because it's telling the youths never to give up cause that's what the pagans would want to see. It gives an example of my life coming from being born in poverty and basically elevating from all of that and basically telling the youths to be patient and never give up because the blessings to come are inevitable."