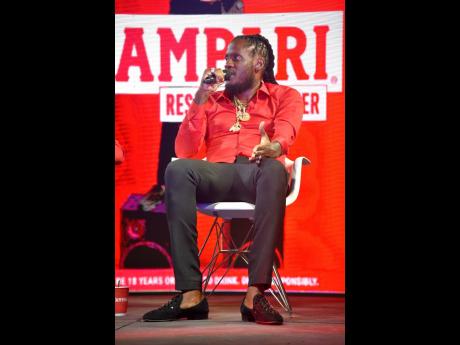 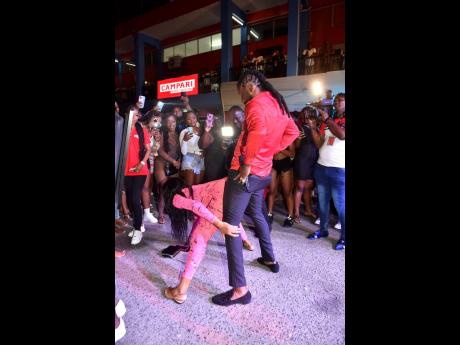 This fan gets Aidonia’s attention. 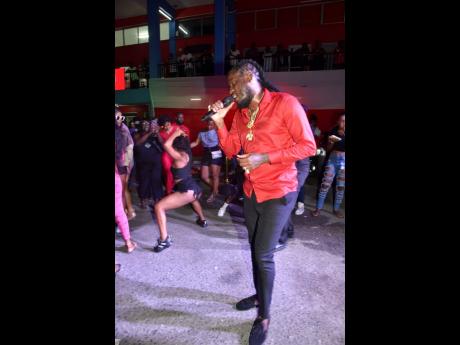 While for corporate heads at Campari, their slogan, 'Respect The Bitter', is an urge to the public to take care while using their liquor, for brand ambassador and recording artiste Aidonia, the slogan is the lens through which he has seen his decade-long career grow.

Speaking with THE STAR at Campari's Respect The Bitter launch at Mystic Plaza on Saturday the U Know Di Vibe deejay said that for him, respect the bitter means having an appreciation for his grind over the years and the struggles he endured.

"Respect not only the good times [but] the hard times you know. Dem say 'hotter the battle, the sweeter the victory', one day better must come. So Campari has always show di youth dem say just stay strong, believe inna yourself. Respect the bitter, respect the grind," he said.

Campari and the 4th Genna frontman started their partnership in 2017 with the Rumpari Freestyle. Aidonia says that because of this, he has been welcomed into spaces he had never been, including the "carnival crowd".

"People never see mi inna di soca world yet. So, you know, Campari a push me fi be better and spread mi wings, doing soca, doing all different type a things. And this, over the years, it a guh put a positive look on my image, on who Aidonia is, and weh we stand for," he said.

"Working with corporate, intelligent enough fi rock wid any crowd, so dem push me outside of just dah comfort zone deh, of just a street youth, or this or that. It's bigger and better than that, and Campari waan see me pon a next level, and dem a push me fi be da better person deh, and da better artiste deh. A just great things we see inah the future."

Looking back at his rise over the years, Aidonia says Campari has been a part of his success, both locally and internationally.

"It just show seh weh we a do over the years is appreciated by di whole corporate, by Jamaica, and by di youths. So we a guh just use it and build we thing to a next level, and just show di youths dem."

The 4th Genna boss, who had his first hit, Lolly, in 2005, said that his journey in dancehall has not been easy.

"Mi face wul heap a things as a young youth [who] come inah di industry [and] never understand di game, but [with] the love [for] the music and the love fi mi fans, mi push myself over the years," Aidonia said.

"Every year we get better at what we do, both recording, on stage, doing interviews - just every aspect of the whole thing - suh a just di grind over the years put we which part we deh," the Yeah Yeah! hitmaker said.