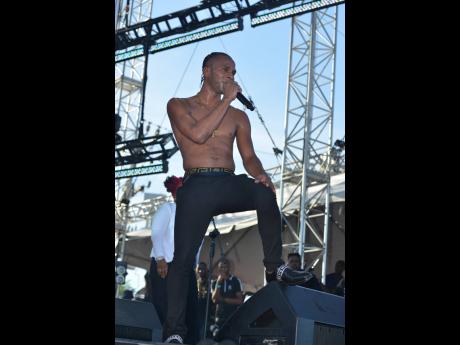 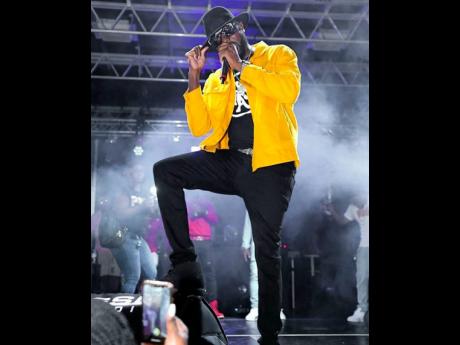 The Shabba Madda Pot singer wowed the females in the audience with a steady stream of his hits such as Bring It To the Owner and Breaking News.

"Ladies, could you be my choir please?" he asked at one point during the performance during which he worked every square inch of the stage, interacting with his audience. He serenaded them with songs like WiFi and the perennial crowd favourite Call Me If.

"Mi waan try some new things. Mi feel inna one vibe," he said as he launched into a new song, Slippery A Way. He earned forwards for an energetic rendition of 7Eleven and the collaboration with Tifa titled Jealous Ova. The girls attempted to drag him off the stage, prompting him to declare cheekily: "A the wrong foot yuh a grab."

Bellevue Music recording artiste Iyara was also in fine form on the night. He hit the stage and delivered a spicy 12-minute set with bangers like Pressure Cooker, Bad Gyal and earned his first forward with Live Cash.

He kept the energy blazing with Rich and Wealthy and the crowd favourite Yaadman Up Inna Farrin.

Emerging acts such as Blade Merital, JMulaj, Drizzy Fade, Stylysh, Ryme Minista, Topman Demar, and G Static also graced the stage. Byron Somers, the show's organiser, was pleased with the high-quality performances and the large turnout and expressed delight that his entire family had played a part in his event.