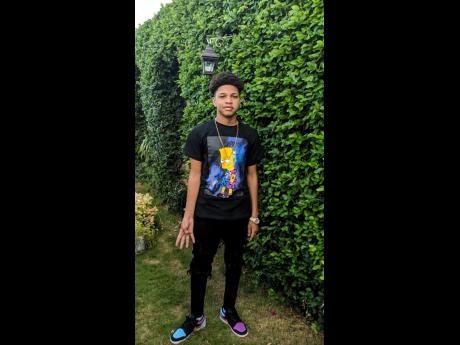 Calabar High schoolboy Chxpz is balancing academia with music. The 16-year-old fifth-form student, whose given name is Matthew Brown, recently released two dancehall tracks, which have been gaining traction.

Chxpz went viral in February following a freestyle he did at school, outside the cafeteria, deejaying the lyrics to the song that would become his breakthrough single, Tru Depression. Despite the success of the freestyle, which has since been recorded and officially released as a single by Marvoni beats, Chxpz said that it was not planned.

The teenager said he realised that he had something special the day after. “Nuff people did a tag me pon Instagram and dem thing deh, and when me a come home people call me viral boss,” he shared.

His mother, Michelle Hunter, added: “He was just deejaying at school and they recorded him and a producer linked him and said he would like to do the song with him, and it took off from there.”

Chxpz has since followed up with a second single titled Ghost.

Hunter shared that Chxpz is an outstanding student in school, so she is not worried that he will be distracted with the added attention.

“He is very introverted. He is a very humble child. People notice him and it’s like nothing to him, it’s just like regular. He still focuses on school, he is naturally smart,” the mother said.

Chxpz will be sitting eight Caribbean Secondary Education Certificate (CSEC) examinations this year. He said that he is focused on acing those exams, after which he intends to pursue music full-time.