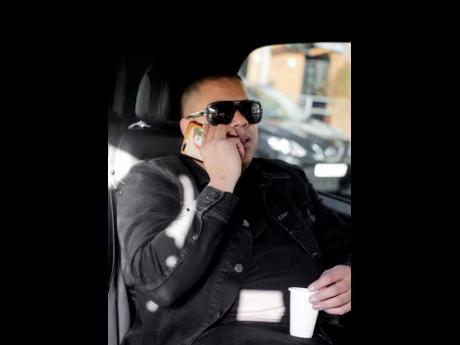 UK promoter Andrew Marie, aka Bunig B, believes that 2022 is looking like the year when things will make a change for the better in the entertainment sector there following the challenges of the pandemic.

He also noted that several Jamaican artistes are slated for events in the UK this year.

"There are quite a few shows being lined up for the summer. As a matter of fact, from as early as March, there is the Jahshii and 450 tour; in June, Shaniel Muir has some dates; Beenie Man's tour is coming up later this year, and Kranium has something as well," he said.

Bunig B, who has been in the business of promotions and marketing for more than two decades, has worked with a wide array of artistes, including Beres Hammond, Sanchez, Popcaan, Chronixx, Jahvillani and Jahmiel.

He noted that venues are now taking bookings and that UK Prime Minister Boris Johnson had declared that masks are not mandatory. For many venues, a negative test is required.

"And at the O2 Arena [in London], they test you themselves," he said. The UK does not require visitors to be fully vaccinated to gain entry.

With his December shows simply breaking even, Bunig B is "watching" things for a while before he makes his next move.

"In January, you have to promote especially hard. It's cold and you have to convince people to leave their homes. So it's not enough to put up fliers in the hairdresser and the barbershops. You have to be out there on the streets, you have to be in people's WhatsApp and their social media, and it is important that the artistes themselves assist with the promotion. After all, that is the least that they can do," he said.