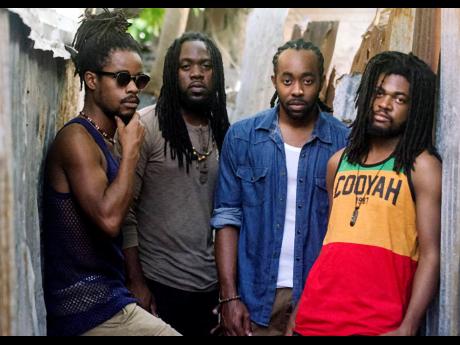 EarthKry came into being while the members were students at the Edna Manley College for the Visual and Performing Arts about eight years ago.

EarthKry previews its forthcoming EP Dandy Shandy with the release of the song, Maaga Dog.

"The song is really about a scenario where a person helps someone who is going through a tough time, but that very same person ends up backstabbing the one who gave them a helping hand," he said. "The term 'sorry fi maaga dog, him turn round bite you' is a saying our grandparents would use back in the day. We wanted to put out a song that was catchy and easy for fans to sing but also a sound that is reminiscent of the early 1980s' reggae with the style of playing, mix, harmonies and lyrics. The song wasn't necessarily from a personal experience, but many persons have faced the situation at some point in their life."

Maaga Dog is the third single from the EP, which has an April 1 release date.

"Our upcoming EP Dandy Shandy is basically a project filled with old-school sounding reggae and rocksteady music. The aim is to pay tribute to that particular era of Jamaican music, which has opened so many doors internationally for reggae artistes and bands today," McFarlane said.

EarthKry came to fruition while the members were students at the Edna Manley College for the Visual and Performing Arts about eight years ago. The other members are drummer Kieron Cunningham, bass guitarist Kamardo Blake and vocalist/guitarist Aldayne Haughton.