Gospel Star winner’s talent an answer to a prayer 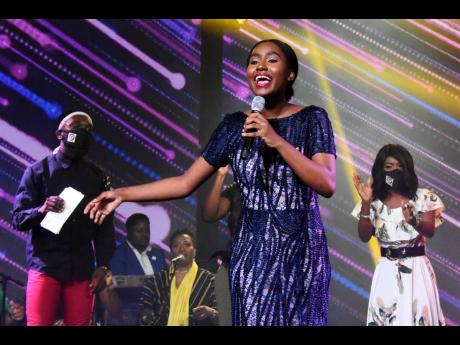 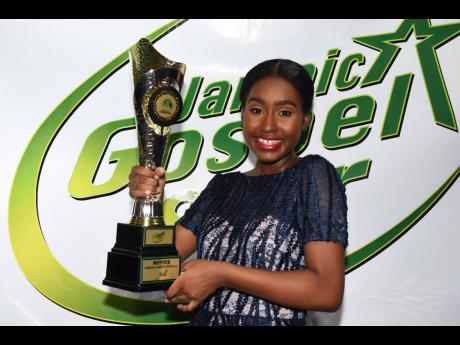 Singing is recognised as a gift that people are usually born with, but, for Erica Lumsden, singing is a gift that she prayed for.

Her singing career started with a fervent prayer when she was just nine years old and, nine years later, the 18-year-old is a 'Gospel Star', a title bestowed on her last Sunday when she won the rebranded Jamaica Cultural Development Commission Gospel Star Competition.

"Before I was nine, I couldn't sing," was the startling confession from Lumsden, whose powerhouse vocals had the virtual world on fire rooting for her as she performed If It's Not You (Then Lord It's Nothing), a duet with gospel singer, Kevin Downswell, as well as a solo rendition of Take My Hand, Precious Lord.

"I prayed and asked God to make me sing, because my sister was always singing in church and I wanted to be like her. Around that same time, my father, who was then the pastor in St Mary at the Clermont Seventh-day Adventist Church was having a baptism and I told him that I wanted to get baptised. Shortly after, I started singing, so this is really a gift from God who answered my prayers," she shared.

From a field of five finalists, all of whom were exceptional, Lumsden claimed the prize, but she admits that the journey was one which stretched her and pulled her out of her comfort zone. And that is exactly what chairman of the Festival and Gospel Star Committee, Orville Hill, wanted for this rebranded competition. He said that one of the aims was to get contestants to "go deep into themselves".

For Lumsden, the competition did exactly that, and a little bit more. "They taught us a lot about performing on stage, and they stressed us. Yes, they did, but it was for our good. I did things that I never thought I could do. I had never sung dancehall gospel before or songs by Sis Pat or Sis Scully, and I had to do it, and I think I did well," the confident teenager said.

Lumsden has been rather conservative in her singing ministry thus far, but she has plans to spread her wings into jazz and classical, while sticking to her inspirational theme.

"I love classical music and, of course, there is gospel music in the classical world as well. But, overall, I just want to sing inspirational songs. And, although I had never done dancehall gospel, I am a big fan of Kevin Downswell and it was great that he sang with me at the finals," the second-year communications major at the Northern Caribbean University in Mandeville shared.

With her prize money, Lumsden is now $1 million richer, and she also received a basket of goodies and a cellphone, which has come at the right time, since she didn't have one before and had to be routing calls through her mother.

The music minister plans to use a portion of her financial windfall to invest in her career, and she is ecstatic that the prize package involves a sponsored single with an accompanying music video, as well as voice training.